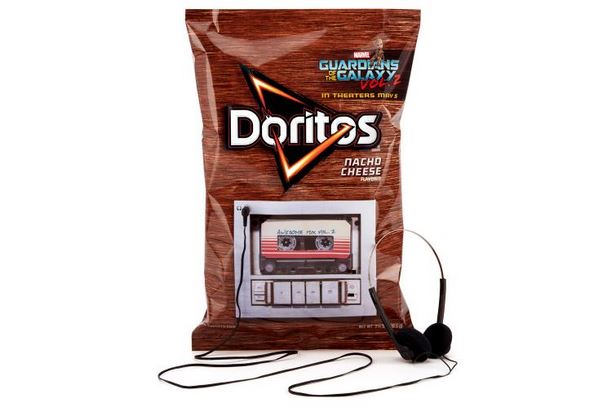 Releasing later this week on April 28th, is something awesome for fans of Guardians of the Galaxy. Ever wanted to be able to listen to music whilst eating your bag of Doritos, from the actual bag of Doritos? Well, that’s not something I have ever dreamed about either however, it will now be a reality for those who get in quick enough.

Doritos and Marvel Studios have partnered up to bring you a rather peculiar collectable item in the form of a bag of nacho cheese flavored Doritos that has an earphone jack built in so you can listen to volume 2 of the Guardians of the Galaxy Vol.2 soundtrack right from the pack.

Featuring 14 songs from the 60’s and 70’s, this MP3 player is rechargeable so you can get a hit of David Hasselhoff over and over again.

Purchases will be available through Amazon on April 28th while stocks last so if you are super keen to add this to your collection I recommend checking in on the site as early on that day as you can.

In the meantime, here is a ‘taste’ of the upcoming soundtrack: