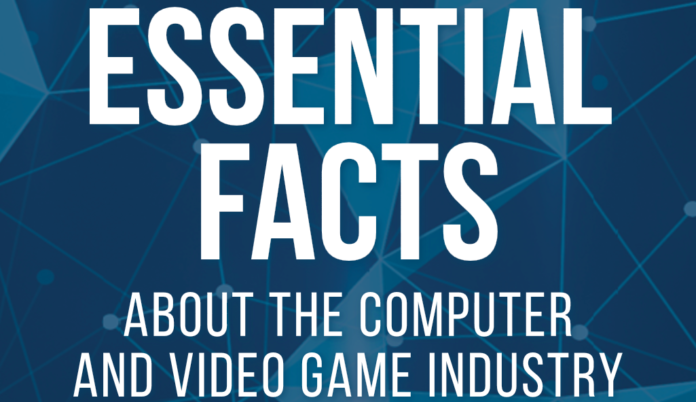 The Entertainment Software Association (ESA) has released their annual report in which many very interesting statistics have been revealed. Titled “Essential Facts About The Computer And Video Game Industry”, this report looks into a variety of different factors in the industry including:

Some of the standout statistics highlighted in the ESA report are:

ESA owns and operates E3 and represents the video games industry on both state and federal levels, providing analysis and advocacy on many areas. Whilst this report is a look at the gamers who make up these statistics across America only, this does certainly give a very interesting perspective on the current state of the industry. 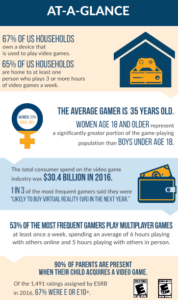 “The video game industry excels because it anticipates demand – giving people what they want before they realize that they want it – and drives trends in entertainment and across countless other sectors.”

As a gamer who is actively embracing the move towards more accessible Virtual Reality (VR) technology for all platforms, I was particularly interested to read that only 15% of gamers have used VR within the past 12 months however, 1 in 3 “frequent gamers” have plans to buy a VR device over the coming year. Hopefully this will make online multiplayer lobbies a tad more active than they currently are.

As for units sold, the top 20 bestselling video games of 2016 have also been listed, with a few surprises present:

The video games industry is responsible for an $11.7 billion injection into the US GDP in 2016, providing more than 65,000 jobs across America with over 2,322 developer locations spread across 50 different states and 526 publishers across 44 states. That’s a lot of studios, a lot of publishers, and a heck of a lot of games being developed.

On that note, I will leave you with this pearl of wisdom from Jane McGonigal:

“A game is an opportunity to focus our energy, with relentless optimism, at something we’re good at (or getting better at) and enjoy. In other words, gameplay is the direct emotional opposite to depression.”

(Reality is Broken: Why games Make Us Better and How They can Change the World)

If you would like to check out more of the interesting statistics listed in the annual report please visit this link.