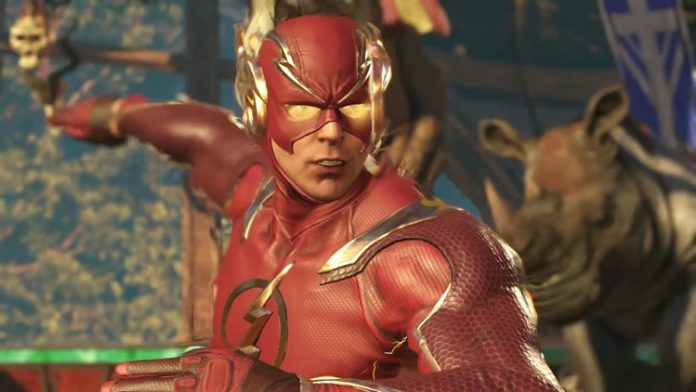 The more trailers that NetherRealm release for Injustice 2, the longer it feels like until we will reach May 16th. They just keep getting better and better, teasing the overhauled combat system and characters. Today’s inclusion features The Flash aka Barry Allen, as we know him today. The trail shows off a variety of his attacks mixed with special powers that break the laws of physics.

Once known as the fastest man alive, Barry Allen has hung up his boots in public shame after defecting from the Regime. However as a new enemy threatens the innocent, the Flash returns to action, determined to redeem himself.

Injustice 2 is due to release on May 16th for Xbox One and PlayStation 4. A companion app is also being developed for iOS and Android devices.

You can pre-order Injustice 2 here.

Injustice 2 is the super-powered sequel to the hit game Injustice: Gods Among Us that allows players to build and power up the ultimate version of their favorite DC characters. Featuring a massive selection of DC Super Heroes and Super-Villains. Players can personalize iconic DC characters with unique and powerful gear earned throughout the game.