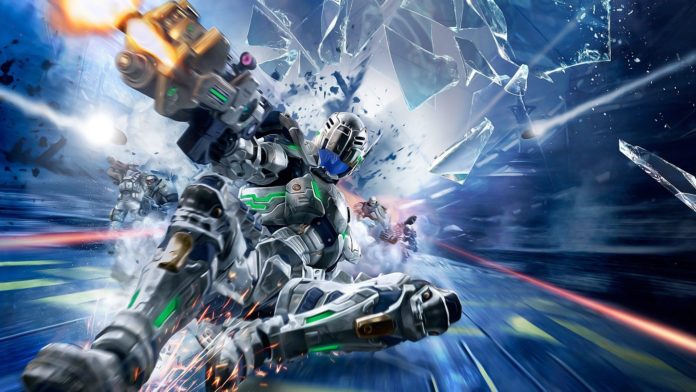 Platinum Games may have dropped a teaser for a Vanquish PC port. They have certainly enjoyed enormous success with their Bayonetta PC port, so it would seem a little odd that a small Bayonetta update would include a picture of the main character from Vanquish, which released on Xbox 360 and PlayStation 3 back in 2010.

However, in August of 2016, Kotaku had the pleasure of speaking with Platinum Games co-founder Atsushi Inaba about their 10 years of game development. During that interview, a PC port of Vanquish was mentioned.

AARON: Is there any possibility that Vanquish will get a PC version?

KOTAKU: It would be a good idea to release Vanquish on PC.

INABA: (smiling) Hrm. I wonder… If you stop recording, I can talk about that. (laughs)

Given the success of Bayonetta on PC, the earlier interview and this latest image, it wouldn’t surprise us if this is officially announced in the near future.

I was fortunate enough to play Vanquish at E3 2010 and it was one of the sleeper hits of the show in my opinion. It combines cover mechanics, time control (slow-mo), and over the top weapons and enemies.

If you haven’t had a chance to play this however, the gameplay still holds up to this day. Seeing this game get the 4K treatment on PC would be amazing.