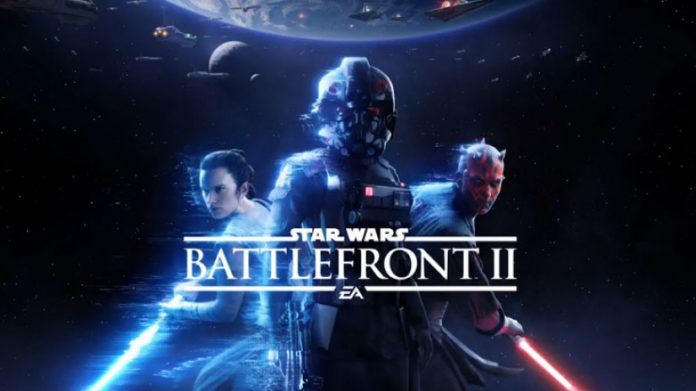 Just when you might have been wondering if we will ever seen anymore of Star Wars Battlefront II, we get a mountain of new information. Including a delectable new trailer, a release date and information about how to play it early! Great stuff right? Read on…

First off, lets check out the glorious reveal trailer from EA, which you can see below:

How great does that look? If you’re wondering, yes you are playing on the site of the Empire in the singleplayer campaign. You heard me, there’s a singleplayer campaign huzzah!!!! You play the role of Commander Iden Versio, leader of the Galactic Empire’s elite special forces unit, Inferno Squad. After witnessing the destruction of the second Death Star, Iden’s team embarks on a quest of revenge, betrayal, and redemption. Star Wars Battlefront II‘s campaign will take place during the 30 year gap between Star Wars: Return of the Jedi and Star Wars: The Force Awakens.

But what of the multiplayer? I here you cry. Well fret not, the multiplayer is as expansive as you would hope and will span all eras of the Star Wars movie franchise; prequel trilogy (I, II, III), original trilogy (IV, V, VI) and new trilogy (VII, VIII, IX). The game promises 40 player battles with the class based fights making a return as well as deep customization options. Player versus AI also returns and EA are promising new modes for us to experience.

So when does it release? Star Wars Battlefront II will release on November 17th for Xbox One, PC and PS4. However, PC and Xbox One owners will be able to play the game from November 9th if they are members of EA Access or Origin Access. If you are unfamiliar with the service, it is EA’s on demand gaming service, which allows gamers to access an ever-growing library of games in ‘The Vault’. At $5 a month or $25 for the year it is well worth a gander. 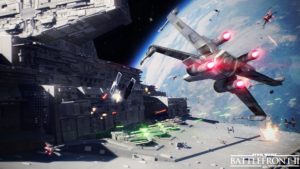 It is unclear how much time Access members will have come November 9th. If EA mimics what they gave for Battlefield 1 then you are looking at 10 hours of game time! Which is pretty sweet, especially with an eight-day head start. EA have also confirmed that any character progression during the Access period will carry over to the full game if you decide to purchase the full game.

Are you excited after this reveal? Are you still fighting for the galaxy in the first Battlefront game? Let us know what you think in the comments below, on the RGM Forums or on Twitter. Feel free to share this article on Facebook, Twitter, Google+, Pintrest or Reddit!