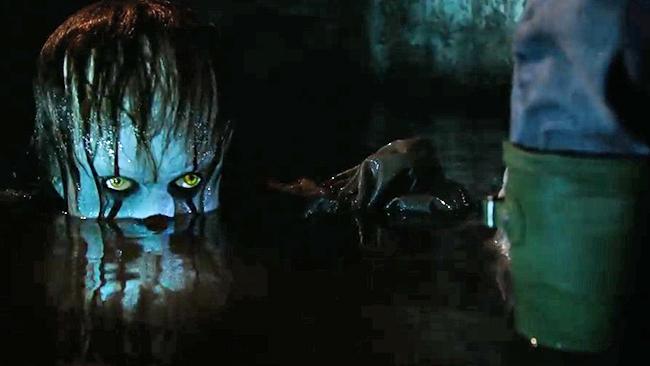 If clowns and haunting children isn’t your thing, then steer clear of the It trailer. With this, WB hopes that they provide Pennywise with a worthy remake. Written by the creator of True Detective and the director of Mama, It has plenty of promise. Although it won’t be an easy task taking on Tim Curry’s role, actor Bill Skarsgård doesn’t look like he’s backing down.

Well, that’s enough to send some shivers down spines. From the eerie music to the “You’ll float too” part, there’ll likely be no shortage of creepiness here. While there’s certainly inherent doubts due to this being a remake, it’s important to give it a chance. Tim Curry is by no means an easy act to follow, but there’s plenty of room for improvement based on the original’s pros and cons.

Also, isn’t it funny how the lead actor in Stranger Things (Finn Wolfhard) has ANOTHER supernatural entity to take on? At least he’s got another group of friends to help him through these troubling times.

There’s plenty of buzz surrounding this project (it broke The Fate of the Furious 24 hour view record), so expect plenty aboard the hype train. And if things get too uneasy, we’ll have each other to keep us safe from old Pennywise the clown.

It comes out September 9th and is directed by Andrés Muschietti.

What do you think of the It trailer? Are you a fan of the original miniseries? Let us know in the comments below!