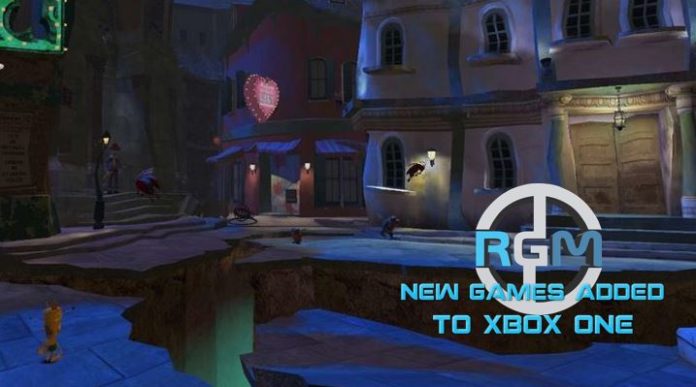 We know it can be hard to keep on top of all the new releases added on Xbox One each week. Especially when there is 15 new games so we pull them together for you. These include:

Here are the 15 new games added to the Xbox One library in the past week: 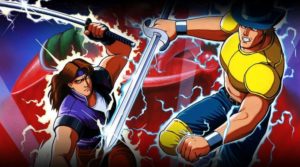 1 of 15 new games: SENGOKU 2 is a side scrolling action game released by SNK in 1993. Take on the role of a warrior summoned by a shrine princess, and fight over various historical periods in order to defeat the dark monarch. Players can enjoy new tactical features such as charge attacks and defensive abilities. 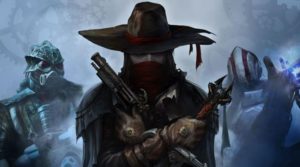 2 of 15 new games: Put on your wide-brimmed hat, grab your weapons and embark on an incredible adventure in the gothic-noir world of Borgovia, where mad science threatens the fragile peace between monster and mortal. Be Van Helsing, monster-hunter extraordinaire and save the day with your charming and beautiful companion, Lady Katarina (who happens to be a ghost, by the way). 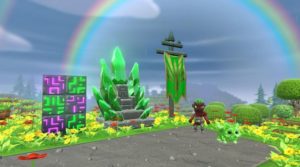 3 of 15 new games: Take down the evil that has invaded the worlds of Portal Knights in this action-RPG sandbox game! Travel between randomly generated worlds and meet new characters. Level up your character and battle monsters unleashed by The Fracture. Explore each world and mine resources required to craft unique and powerful items. Rebuild the worlds in ever-changing landscapes. Restore peace to the world by defeating the Portal Guardians and becoming the ultimate Portal Knight! 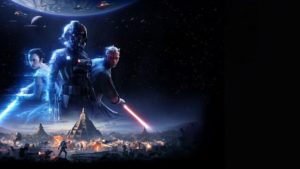 4 of 15 new games: Become the hero and play as a fearless trooper, pilot a legendary starfighter, fight as your favorite iconic STAR WARS character, or forge a new path as an elite special forces soldier through an emotionally gripping new STAR WARS story. You can become the master of your own STAR WARS hero’s journey. 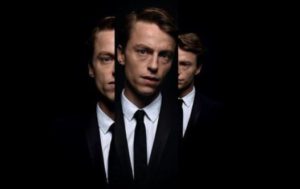 5 of 15 new games: Late Shift is a high stakes FMV crime thriller. After being forced into the robbery of a lucrative auction house, mathematics student Matt is left proving his innocence in the brutal London heist. Your choices will have consequences from the very start, right through to the very end. One small decision could change the entire outcome in a choose-your-own-adventure style gameplay that can lead to one of seven conclusions. Written by the author of Sherlock Holmes (2009 film), experience a gripping live-action crime thriller with a total of over 180 decision points. Do you steal the car or do you run away? Do you follow orders or sabotage the plan? You’ll have just seconds to decide as the film continues to roll with no pauses and no looping footage. 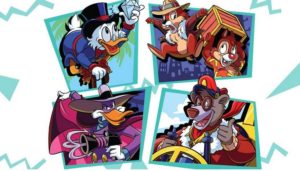 6 of 15 new games: Starring a cast of beloved Disney characters, The Disney Afternoon Collection takes you back to a golden era of gaming and afternoons filled with adventure. Hunt for treasure around the globe as Scrooge McDuck, fight crime as the hero Darkwing Duck, take to the skies as ace pilot Baloo the bear, and enjoy co-op as Chip and Dale to take down Fat Cat. All six classic games feature new and improved visuals and include filtering options that replicate a retro look and feel. This collection also offers new ways to play with Boss Rush and Time Attack modes, each of which encourages time-based gameplay and features online leaderboards.

Marvel’s Guardians of the Galaxy: The Telltale Series – Episode 1 – $4.99 USD 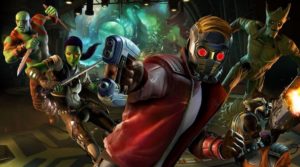 7 of 15 new games: Marvel’s Guardians of the Galaxy: The Telltale Series delivers a brand new story of the universe’s unlikeliest heroes, the rag-tag band of outlaws who go by the names Star-Lord, Gamora, Drax, Rocket, and Groot. In the wake of an epic battle, the Guardians discover an artifact of unspeakable power. Each of the Guardians has a reason to desire this relic, as does a ruthless enemy who is the last of her kind, and who will stop at nothing to tear it from their hands. 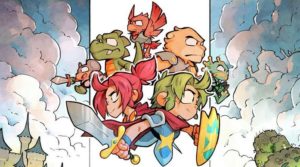 8 of 15 new games: Cursed into a half-human, half-lizard monstrosity by the Meka-Dragon, you are in search for a cure! The only way you can return to human form is to find the Salamander Cross, a magical item with the power to remove curses… With each dragon slain, the curse intensifies, transforming you into different animals! Explore large, interconnected locations populated with grumpy monsters and exotic dragons! Play as the game’s classic character, Hu-Man, or as his brand-new, long-awaited co-star Hu-Girl. You can also inhabit Lizard-Man, Mouse-Man, Piranha-Man, Lion-Man, and Hawk-Man, and use their unique abilities to uncover the land’s deepest secrets. 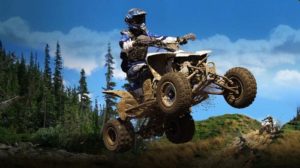 9 of 15 new games: Single Player World Tour features 6 tours to compete in, each consisting of four separate events. Single Player Quick Race allows the player to race against a definable number of CPU players at any unlocked event to practice or just for quick fun. Multiplayer allows two players to complete head-to-head on any unlocked event via split-screen on a single game console. Tutorial shows how the game is played. 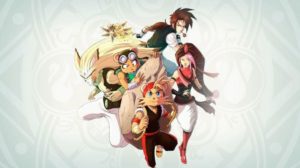 10 of 15 new games: Shiness is an action-RPG that takes you on a journey across a universe on the verge of collapse. Join Chado and his companions on their flying ship, as they travel between celestial islands in the wake of the devastated planet Mahera… After crash-landing on a hostile island, you quickly find yourself in the middle of a conflict spanning multiple kingdoms. Face off against dangerous enemies in hyper-dynamic fights, mixing magic with traditional fighting game mechanics. 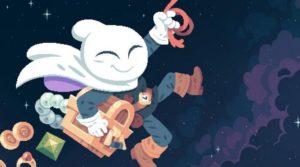 11 of 15 new games: Flinthook is a fast action-platformer with “roguelike” elements. Become space’s greatest pirate with your hookshot, pistol and slowmo powers. Zip around with your mighty hookshot. Aim freely and toss your giant anchor at golden rings to propel yourself around the levels at high speeds, giving you the agility and swiftness needed to dodge hazards and enemy bullets. Shoot in 360’ through your Blasma Pistol. Take down all sorts of enemies with fresh hot bullets. – Look really cool with slow-motion powers. Slow down time to adjust your aim or pull off a tight stunt – do it often, it recharges real quickly and it makes you at least 200% cooler. 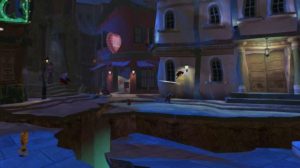 12 of 15 new games: The classic character platformer is back for the first time in over 13 years, and now in glorious high definition! Vince’s adventure takes him from the streets of New Orleans to the depths of a Louisiana bayou to find the whereabouts of his keeper, Madam Charmaine. In true voodoo style, Vince encounters and defeats quirky monsters and villains … by kicking his own butt! By racing under a falling safe, jumping into a high-speed blender, or leaping under falling rubble, Vince is sure to defeat his enemies—all while managing to escape completely unscathed. 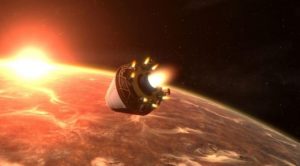 13 of 15 new games: Planetbase is a strategy game where you guide a group of space settlers trying to establish an outpost on a remote planet. In the game you play the role of the base architect and manager, telling your colonists where to build the structures they will need to survive. You will have to ensure that they have a constant supply of oxygen, food and water to stay alive. 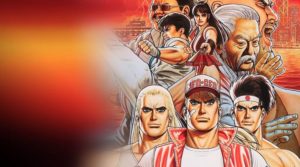 14 of 15 new games: FATAL FURY 2 is a fighting game released by SNK in 1992. Terry, Andy, Joe return from the previous installment along with five new fighters in order to decide which is the strongest one. In addition to Desperation Moves which can change the outcome of the battle, the two-lane plane mechanic is back stronger than ever, allowing players to fight each other in stage backgrounds. 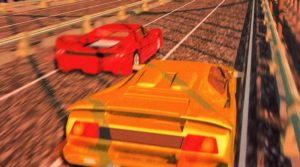 15 of 15 new games: OVER TOP is a racing game released by SNK in 1996. Players will participate in breathtaking races through urban areas, mountainous regions, and snowy roads. The courses also feature weather variations to add more variety to the game. In addition to the various vehicles with different performance factors which players can use, they can also enjoy the thrill of drifting their way through corners to clear courses.

So there you have it, the 15 new games added for purchase, pre-order or to play/trial for free over the past week on Xbox One.

For those who play their games on PC also, you may also be interested in downloading StarCraft for free as a part of Blizzard’s celebrations. For more details visit this link.