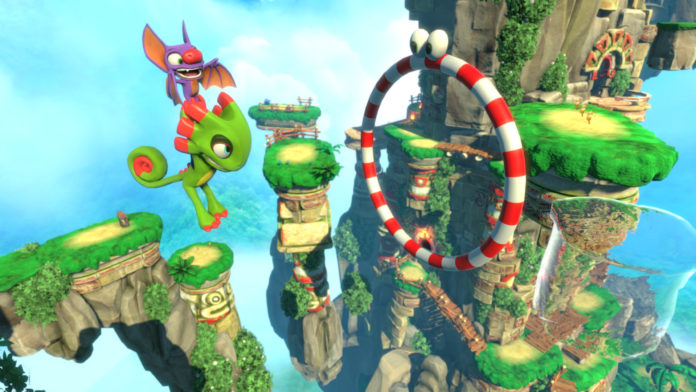 Good news everyone! The spiritual successor to the fabled Banjo-Kazooie, Yooka-Laylee, is nearly upon us. Even better news! It will receive patch in time for release to optimize some issues that have been found since it has been printed. Details on the Yooka-Laylee day one patch can be seen below.

The update, as detailed on Eurogamer, resolves a number of glitches and improves general performance. Of the fixes, a notable one is the updates to the camera. Something reviewers are reporting is not brilliant at times.

Here is the complete update that is available now on Xbox One and coming to PC and PS4 before launch:

On top of all that fixing goodness, it seems there may well be a release date for the Nintendo Switch version of the platformer. Fortunately it doesn’t seem to be too long after April 11th (the release date for PC, Xbox One and PS4). According to Gamerant, Yooka-Laylee will release on Switch on May 2nd 2017. Although we will need to wait for an official announcement from Playtonic Games and Team17 to be sure.