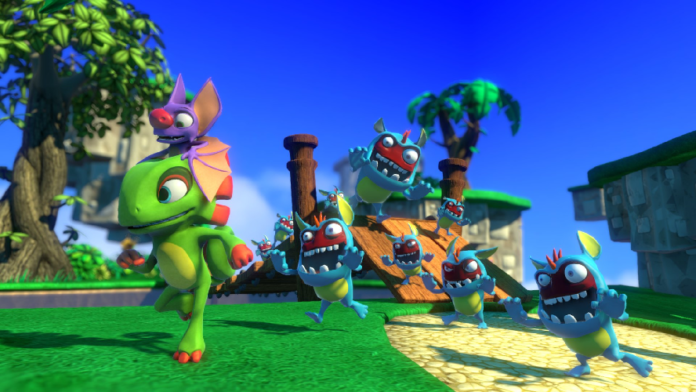 *Update: Evidently there has been some confusion, as according to an update on Xbox Wire, Yooka-Laylee is coming soon to Windows 10. However, Yooka-Laylee will not be a part of the Xbox Play Anywhere program.

For anyone who has pre-ordered on the Xbox One, or is considering doing so, we have some exciting news. Thanks to the Xbox Wire, we can confirm that Yooka-Laylee is coming to Xbox Play Anywhere. This means that if you purchase digital copy on the Xbox or Windows Stores, you’ll get the copies on both stores for free.

It’s fantastic that the Xbox Play Anywhere program has another game supporting it. Hopefully this means even more multiplatform games will join the program in the near future. Yooka-Laylee releases on April 11th, 2017 for Xbox One, PlayStation 4, Linux, PC and Mac, with a Nintendo Switch release date coming soon afterwards.