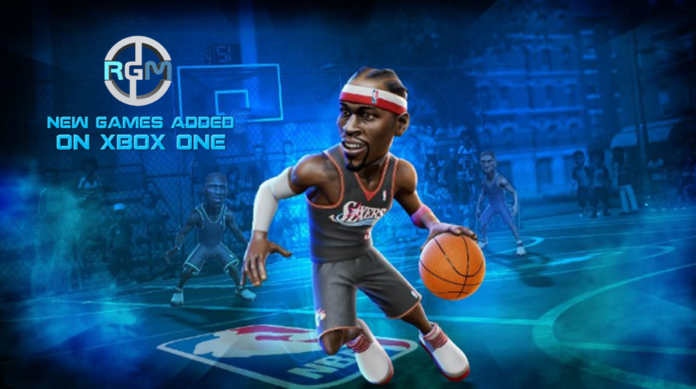 We know it’s hard to keep on top of all the new releases added each week. Even more so when there is up to 12 new Xbox One games, so we pull them together for you. These include:

This week there are no free demos added to the list however, Rocket League owners are in for new content.

Here are the 12 new Xbox One games added to the library in the past few days: 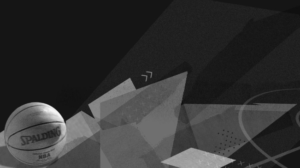 There are 3 versions of NBA 2K18 available for pre-order –  Click each link for more details or see below. 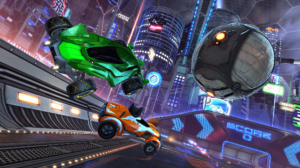 Your feedback has been heard! ‘Neo Tokyo’ is back, and we’ve redesigned it as a Standard Arena. We left the scenery untouched to maintain that futuristic metropolis look, while removing the parallel ramps on either side of the goals. ‘Neo Tokyo’ will be returning to all Playlists, including Competitive, and will be available in Private matches as well.

A New Battle-Car Enters the Arena!

Available only as a limited-drop inside our next Crate (more on that below), Mantis is a car many of you have been asking about since our Batman v Superman DLC update in 2016. Mantis is fully customizable and has an all-new look, but it uses the same low, flat hitbox, and turn radius as the Batmobile. We’re also including six new Decals with Mantis: Arrowhead, Battleworn, Kaze, Maxx, Roasted, and Uproar. Here’s a link for the 4K version of the image above!

The new Nitro Crate includes the Mantis Battle-Car mentioned above, along with limited-drop Wheels, Decals, Rocket Trails, and Black Market customizations. See below for a sneak peek at some of the included items!

Curious to see what else is going into v1.34? We’ll have full patch notes up on the blog before release on Wednesday. Stay tuned!

This update will apply to your version of Rocket League automatically when it’s released. 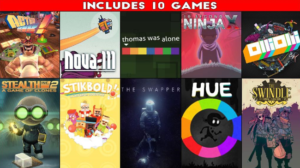 The Instant Indie Hits bundle from Curve Digital features 10 games including: The Swapper, Thomas Was Alone, Hue, Stealth Inc 2, Stikbold, The Swindle, OlliOlli, Nova-111, Action Henk and 10 Second Ninja X. From 08 May to 15 May save up to 80% and get 10 amazing games in one bundle. 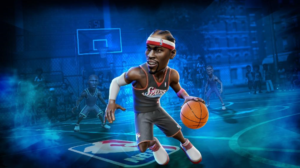 Classic NBA arcade action is back! Take your “A” game to the playground and beat the best in high-flying 2-on-2 basketball action. Practice your skills offline, play with up to three others on your Xbox or take your talents online to posterize your opponents with acrobatic jams and ridiculous displays of skill. Collect your favorite players from a massive roster of current and retired NBA superstars from every team. Travel to playgrounds across the globe to compete in online matches against the very best with your massive arsenal of dunks and moves. Use your fine-tuned skills to take on the master of the playground himself – Allen Iverson. 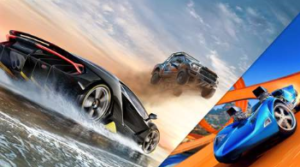 You’re in charge of the Horizon Festival. Customize everything, hire and fire your friends, and explore Australia in over 350 of the world’s greatest cars. Make your Horizon the ultimate celebration of cars, music, and freedom of the open road. How you get there is up to you.

The Horizon Festival and Hot Wheels have teamed up to create the ultimate playground for cars! Located off the coast of Australia, this chain of islands is here to make your Hot Wheels fantasies come to life with loops, corkscrews, boost pads, high bank turns, half-pipes, insane jumps – and even mechanical dinosaurs! Create custom Hot Wheels Bucket List events by swapping out stunt track sections and dare your friends to try them. Race ten new cars including Hot Wheels icons like the Twin Mill and Boneshaker. Discover a new hidden barn find car, earn new Xbox Live achievements, and more. 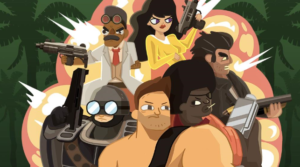 Tango Fiesta is an action packed, top-down, cooperative, two-stick, shooter for 1 to 4 players. Set in a world where the events from every single 80’s action film ever made actually happened to one unlucky hero, John Strong. Join forces with up to three friends get to blast, shoot and knife your way through endless procedurally generated levels in the ultimate true story behind all those amazing movies! 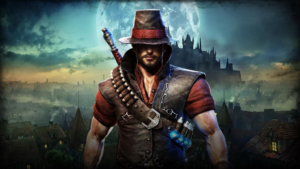 Become Victor, hunter of demons. Forge your own hero on a quest to liberate the cursed city of Zagoravia. Look your very best and reinforce your play style with a monumental arsenal of powerful weapons, game-changing outfits, wicked demon powers and fate-binding destiny cards. Redefine how you play at any moment, even in the heat of battle. 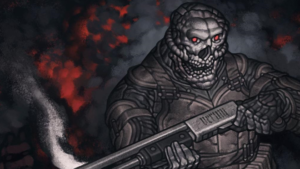 BUTCHER is a fast-paced 2D shooter and a blood-soaked love letter to the cult classics of the genre. As a cyborg programmed to eradicate the last remnants of humanity, your sole purpose is to… well… annihilate anything that moves. So grab your weapon of choice (from chainsaws, to shotguns, to grenade launchers) and kill your way through underground hideouts, post-apocalyptic cities, jungles, and more. And if you’re feeling creative, there are plenty of other ways to end your enemies’ misery – hooks, lava pits, saws… no death will ever be the same again. 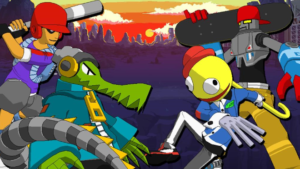 Lethal League is a competitive projectile fighting game where you have to hit an anti-gravity ball into the face of your opponent to win. The ball speeds up with every strike, up to explosively extreme velocities. Play locally or battle it out online. 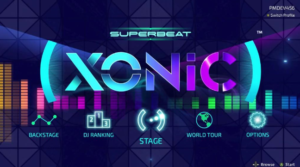 SUPERBEAT: XONiC is a brand new rhythm game equipped with a new user interface and over 65 songs for you to rock out with. Depending on your skill level, you can choose between 4TRAX (beginner), 6TRAX and 6TRAX FX (master). Are you ready to groove to our fantastic music selection and master the monster patterns thrown at you? Get your chops up with Free Style for endless game play! 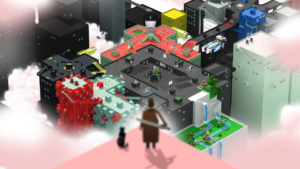 Tokyo 42 is a hyper-stylish isometric open-world shooter. Framed for a murder you didn’t commit, you’ll delve into a world of assassins, deadly corporate intrigue and…tactical cats. Spin the camera to see every angle of this beautifully hand-crafted micro Tokyo, as you discover a huge range of weapons, secrets and stories. Skilful shooting, bullet physics, sneaky stealth and crowd simulation all play a role in this ultra-colourful kinetic frenzy. A single player open-world story mode and a host of multiplayer modes await in this unique and critically acclaimed action masterpiece. 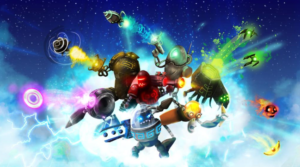 Mayan Death Robots reinvents the artillery genre in a Mayan setting invaded by alien killing machines. Pick a robot from the roster and enter the arena to destroy your opponent’s power core. Aim your weapon before the timer runs out, but don’t be distracted by the pretty scenery: when the rockets start flying, you already need to plan your next move! Will you choose to move your robot to a better vantage point, or will you build defenses to keep your opponent from landing a killing blow?

So there you have the it, the 12 new Xbox One games and new content added to the library over the past few days. Happy gaming.