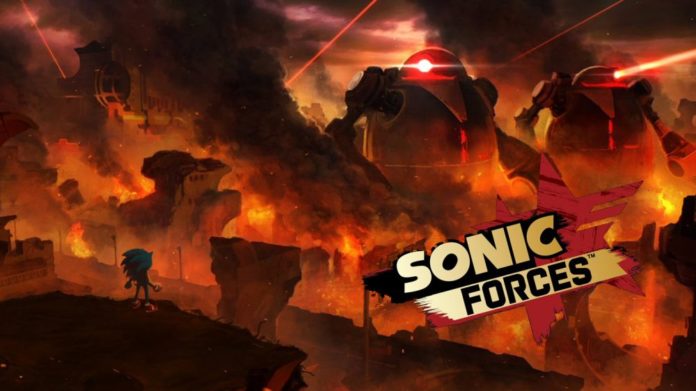 Sonic the Hedgehog was my first gaming love. One of my first consoles was the SEGA Mega Drive (Genesis for my friends across the pond). I spent many an hour playing the various Sonic the Hedgehog titles that came out during the console’s life cycle. It wasn’t just the game, however, and Sonic Forces looks as though it is about to give Sonic fans something they have longed for, for a while; custom characters.

You might think that that’s a weird thing to desire for your game. If you’ve been a long time Sonic fan, then this is probably really exciting. For me, back in my heyday of love for the spiny blue one, I spent a lot of time “playing out” with my friends. Arguably this is something kids aren’t doing as much know, for whatever reason. Anyway, at the time we would play a game called “let’s pretend…“, not the most imaginative title, but I digress. The aim of the game was to create an imagined scenario and act it out, for hours sometimes. One of the most common was the “You be Sonic and I’ll be Tails” (where do you think A Day to Remember got that song title from!) type scenarios; these eventually evolved into having more made up characters.

If you ever did this, or still do (I’m not judging), then this recent announcement regarding the upcoming release of Sonic Forces is great news. Players will be able to create their very own “original character” from a whole raft of different customization options. The news was made public today via the Sonic the Hedgehog YouTube page.

So not only will Sonic Forces have the “classic Sonic” and “modern Sonic” but it will also have whoever you want to play as to. Maybe it’ll be the purple hedgehog Psion, who could create a purple electric force field to shield himself from attacks, or you know, the fox looking one in the video (*coughs). From the looks of the trailer there will be additional gameplay elements to having a different, customized character. The trailer describes “gadget gameplay” and you can see the custom character throwing items and using a grappling hook.

Also, how cool were the three Death Eggs!!!!

Either way, whether you use it or not, it’s a cool addition to the game. On top of that, it’s great to see SEGA acknowledge the fanbase’s requests. From what I understand the ‘original character’ thing is quite a big deal in the Sonic fanbase. Whether this is how they envision creating their own character is up to the fans to decide. If you’re looking for inspiration for how your custom character might look, just google your first name and then “the Hedgehog“. Here are some of my results below:

Although the Sonic series has been slightly hit and miss since the days of the Mega Drive, Sonic Forces is looking promising, so far. And, with this year’s release of Sonic Mania, 2017 is a good year to be a Sonic fan.

Sonic Forces launches this year for Xbox One, Nintendo Switch, PS4 and PC.