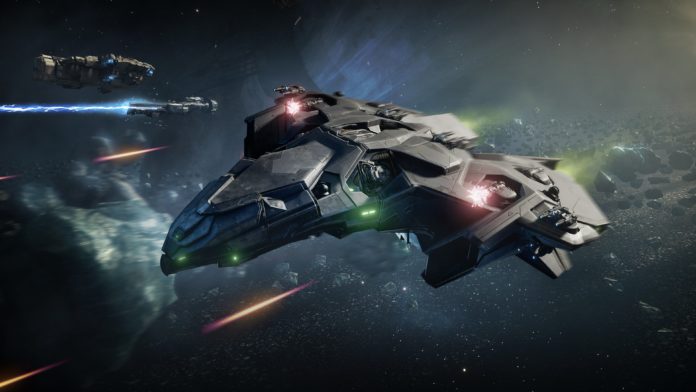 Developer YAGER has announced a few interesting pieces of information about their upcoming release, including revealing the Dreadnought open beta.

Dreadnought is team based space warfare and it looks spectacular. The open beta has no end date as of yet and is available both on PC and PlayStation 4. To register simply visit the Dreadnought website and provide an email address with your platform of preference.

Along with the news of the open beta, YAGER has also released a new trailer (below) promoting registration.

The beta will see the inclusion of a new map called Ixion:

“Situated in space 60,000 kilometers above Saturn’s largest moon, Titan, this new battleground forces players to maneuver around the colossal orbital ring that dominates its center. Narrow gaps within the superstructure allow ships to cross from one side to the other, but players must be wary of what dangers lurk on the other side.”

If team based star-wars type encounters are your cup of tea, I recommend checking out the Dreadnought beta. Also, don’t forget to provide your feedback to the developers. They are actually counting on it to provide a polished product later this year when it launches.

Dreadnought puts you in command of massive capital ships for tactical, team-based warfare in space and across the skies of different planets. As a mercenary captain, your motivations are simple: to reap the rewards of battle and build your reputation—and to be fearless doing it.