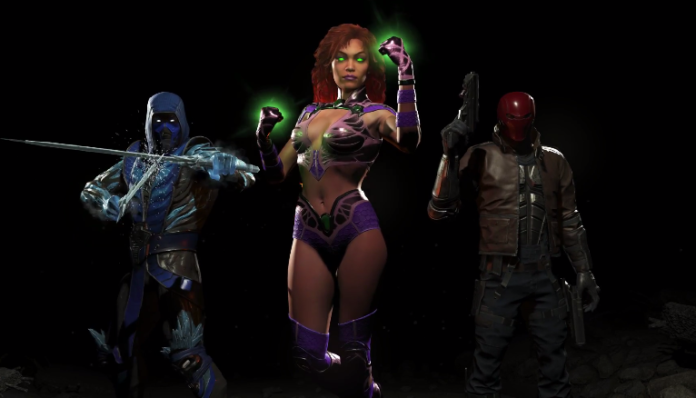 Although Injustice 2 is not out yet to players, developer NetherRealm Studios has unveiled some DLC characters. For those players with the Deluxe or Ultimate edition, they can download these fighters as part of the season pass. To start, the first three downloadable characters will be Red Hood, Starfire, and Sub Zero from Mortal Kombat. Although there’s no gameplay released yet for them, the teaser’s still pretty exciting.

The teaser mentions that the Ultimate Edition will allow access to 9 total downloadable characters, so expect two more character packs in the future. Here’s hoping that Spawn or Constantine make an appearance. With 6 more additional character slots available, WB and NetherRealm has the chance to get creative with their picks.

Injustice 2 comes out May 16th and is available on Xbox One, PlayStation 4, and PC.

Are you going to pick up Injustice 2? Which characters do you want to see added? Let us know in the comments below, then check out our RGM forums!