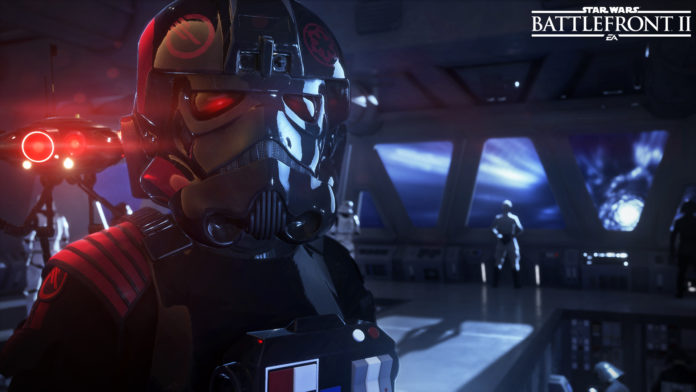 A new Star Wars Battlefront II trailer has been released with some info on how the main character of the single-player campaign was developed.

Interestingly, the campaign will take place between Star Wars: Return of the Jedi and Star Wars: The Force Awakens.

Commander Iden Versio is an elite TIE Fighter pilot with an Imperial family background. She believes in the “Good of the Empire” which, is a scary indication of her loyalty to the Imperial ideology. However, we all know that the Empire will not bat an eye to destroy planets and commit mass genocide so it will be interesting how she justifies the atrocities.

EA Motive is committed to great storytelling this time around. Despite the fact Peter Moore previously of EA stated that,

“Very few people actually play the single-player on these kind of games. That’s what the data points to.”

We at RGM are looking forward to an exciting single player experience and more importantly the space combat they will be bringing to this title. Star Wars Battlefront II will be globally available on November 17th, 2017 on PS4, Xbox One, and PC.

Let us know what you think in the comments below! Stay tuned to RGM for the latest gaming news!