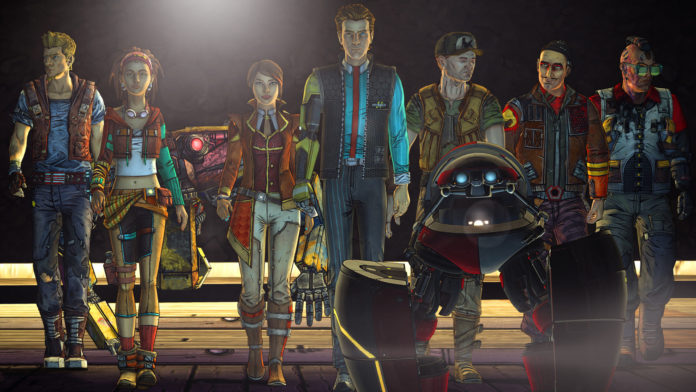 The Official PlayStation Blog has announced the free games that will be available for PS Plus subscribers in the month of May 2017.

Here is the rundown:

Tales from the Borderlands (PS4)

Set on the unforgiving world of Pandora after the events seen in Borderlands 2, this is a story full of Borderlands’ trademark humor, following two adventurers on their quest for greatness.

You’ll play as Rhys, a Hyperion ‘suit’ with dreams of being the next Handsome Jack, and Fiona, a Pandoran con artist looking to score her biggest ever swindle. Thrown together as unwilling partners in an adventure to recover cash they both think is theirs, their journey will take you on a wild ride where gangsters, bandit lords, and Vault Hunters are just some of the obstacles you’ll encounter.

From the artistic mind behind Journey® and Flower®, ABZÛ is a beautiful underwater adventure that evokes the dream of diving. Immerse yourself in a vibrant ocean world full of mystery and bursting with color and life. Perform fluid acrobatics as the Diver, using graceful swimming controls. Discover hundreds of unique species based on real creatures and form a powerful connection with the abundant sea life. Interact with schools of thousands of fish that procedurally respond to you, each other, and predators. Linger in epic seascapes and explore aquatic ecosystems modeled with unprecedented detail. Descend into the heart of the ocean where ancient secrets lie forgotten. But beware, dangers lurk in the depths. ‘ABZÛ’ is from the oldest mythologies AB, meaning water, and ZÛ, meaning to know. ABZÛ is the ocean of wisdom.

Confront the enemy’s superior strength and regain your honor after you, the glorious vampire hunter, have been turned into a vampire yourself. Launch devastating attacks by combining your vampire skills with the powerful strikes of your swords

The hack’n’slay from developer Deck13 (Venetica, Jack Keane) offers single and multiplayer modes. You can switch at any time between the melee combat warrior Jeremy and the ranged fighter, Alysa, who uses two crossbows to fire at her targets. Play in co-operative mode with a friend who can join or leave the game whenever they like. Your teamplay will open up new tactical combat options.

Capture enemies with the vampire grip and drink their blood to increase your strength. Become part of the dramatic story of temptation and betrayal. Learn special skills, find weapons and items of equipment and discover secret hiding places.

The Caribbean, in the turbulent 17th Century. The mighty kingdoms of Spain, England, France and the Netherlands fight over the colonies. And there you are, a young sea captain whose only goal is to become the most powerful man in the New World. To achieve that goal, you may choose one of the two available campaigns: will you become an Adventurer or a Trader?
Main Features
• Two different single player campaigns: Adventurer and Trader
• Naval battles, raids, plundering and invasions await the Adventurer, while the Trader will develop trade routes and the economy to earn glory, fortune and power
• 16 different ship types, such as powerful Galleons or versatile Frigates
• Organize trade with 60 different cities such as Port-au-Prince or Tortuga
• A comprehensive trade system, with supply and demand dynamically setting the price of goods and wares, like in the real world

Join the Laser Disco Defenders on their quest to defeat the evil Lord Monotone and prevent him from using the coveted Mirror Moon to force the galaxy into dancing along to his, and only his, tune. In this self-inflicted bullet hell you must stay on your toes as each laser beam fired ricochets off walls and can hit you too! Traverse randomly generated levels and face off Monotone’s various robotic machinations. Be it flamboyant flame sneakers or a cool rapid fire chrome suit – you decide how your favourite disco defender looks and plays based on what outfit you choose to wear. Time to save the galaxy and look like a cool cat!

Immerse yourself in this fascinating and unique experience to uncover the history and secrets of Fonts & Characters!

Incarnate 2 dots and travel through the ages of typographic styles and techniques. From the rock paintings of prehistoric times to Pixel art of the 2000’s, solve all the riddles by riding the most popular fonts and characters (Garamond, Helvetica, Times New Roman, Pixel, Comic Sans…) in a very captivating musical and visual environment.

Type:Rider is an adventure puzzle game that brings gaming experience to a whole new daring level.

What a great month! There are no more excuses for anyone: you HAVE to play Tales from the Borderlands, the game that is, in my opinion, Telltale’s best. Abzu is definitely also worth a download. For the other games however, we have some nice variety, with adventure, to bullet-hell and artistic puzzle games. I’m very happy to be a subscriber. Are you happy with this month’s choices? Let us know in the comments and forums.