Battlefield 1 is set to expand even further later this year with the announcement of the Summer of Battlefield from EA DICE.

New maps Prise de Tahure (releasing in the summer) and Nivelle Nights (releasing in June for premium members) have had stunning screenshots and details revealed, along with further details about the games presence at EA Play during E3 2017.

The previously announced expansion, In the Name of the Tsar, will be playable on the floor at EA Play, so those who were lucky enough to register for the event before tickets ran out, will get to be among the first to test it out. 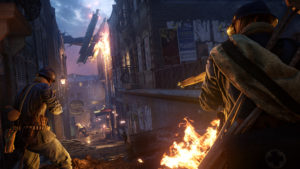 Set in the autumn after the Nivelle Offensive, Prise de Tahure sees French troops desperately holding on to re-captured heights in the Butte-de-Tahure region. The frontline trench networks cut right through several villages facing obliteration from the constant skirmishing between German stormtroopers and French raiders. This is a war of attrition. Adaptability and tactics are the means to wear your adversary down.

Speaking of new maps, the previously announced Nivelle Nights is soon here. Releasing in June for Battlefield 1 Premium Pass owners, this night map is located at the muddy battlefields around Malmaison and Soupir. Bite and hold as your foe will fight for every inch of ground. 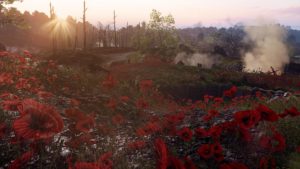 First Details of Battlefield 1 In the Name of the Tsar

The Russian army is coming to Battlefield 1, together with all-new maps, new weapons, and vehicles. Excited for the first details?

On June 10, EA PLAY 2017 will connect fans around the world to EA’s biggest new games – and Battlefield 1 In the Name of the Tsar will be at the event. Whether in person or online, you’ll get the first taste of the second Battlefield 1 expansion – which will be releasing in late summer.

To see the rest of the stunning screenshots and get further details regarding the Summer of Battlefield, please visit EA DICE.