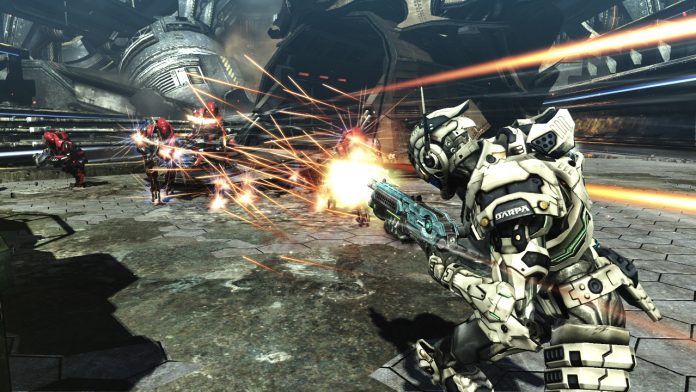 Vanquish joins Bayonetta on Steam this month on the heels of Bayonetta’s new-found success on the PC. Earlier this month, a thumbnail appeared for Vanquish in a patch for Bayonetta. Following that, three interesting magnified images have appeared on Twitter this week.

Finally, SEGA have officially announced that Vanquish is coming to PC on May 25th 2017. It is available for pre-order now on Steam and all Bayonetta owners will receive a 25% discount until launch!

Check out the official PC launch trailer below:

Here are the PC Requirements from Steam.

You can check out the details and improvements from Steam below:

Vanquish originally came out on Xbox 360 and PS3 back in 2010, however, if you never got a chance to play it then, here’s your chance now. Of course, you could always pick up a second hand copy of the it on console if you have a potato PC.