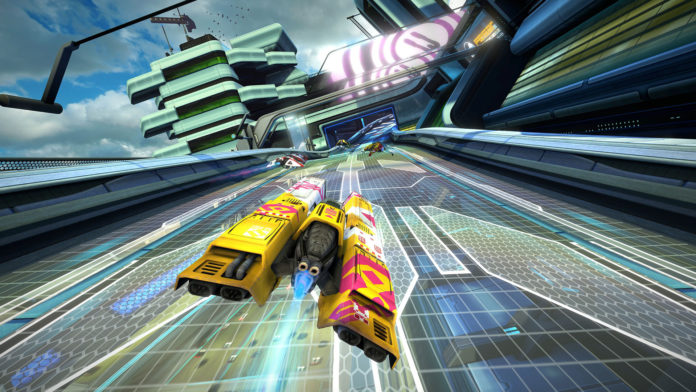 The WipEout Omega Collection, which includes WipEout HD, WipEout HD Fury, and WipEout 2048 has officially gone gold and will be available on June 6th, 2017 (US) and June 7th, 2017 (UK).

These WipEout games have been enhanced for the PS3 and PS4 Pro. Yes, this means 4K HDR support, higher resolution and graphical fidelty on the PS4 Pro and improved textures and HDR on the PS4.

Both physical and digital pre-orders will come with the game, a new Van Uber Ship, and 4 PS4 Avatars (Feisar, Quirex, Auricom, AG-Sys).

A name synonymous with PlayStation®, WipEout® is the rapid combat racer that defies gravity and defines generations. Known for its blistering speed, iconic music and pure multiplayer mayhem, WipEout® has starred on every PlayStation® format since 1995 – and is now set to rip through the air on PlayStation®4 and PlayStation®4 Pro.

I grew up playing this game on the original PlayStation, PSP, PS2 and PS3. To this day, WipEout is still a title I play on my PSP from time to time. Are you a fan of the franchise? Are you new to the franchise? Share your thoughts in the comments below!