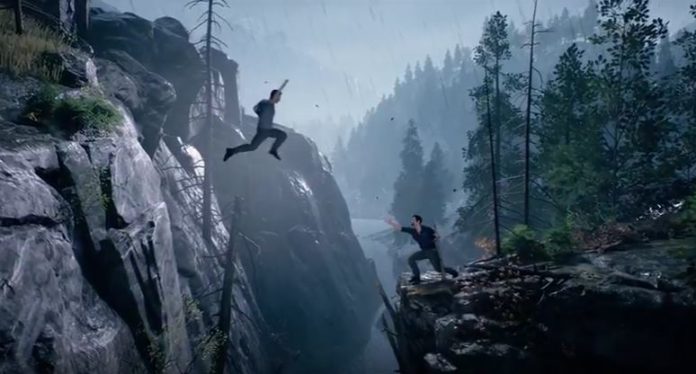 The E32017 A Way Out reveal has just occurred at EA Play. A new title based on the blockbuster TV series Prison Break, with the only way to play being co-op. A story driven experience that must be shared with a friend in order to play.

The concept is really enticing, places two players in a threatening environment where there only chance at escape and survival is if they work together as a team. I don’t know about you but I have a few friends that I game with that tend to struggle with simple direction at the best of times, so a scenario like this could lead to some hilarious (or devastating) outcomes.

Announcing A Way Out at EA PLAY is incredibly exciting for everyone at Hazelight, and I’m thrilled to share a bit more about the game and the team with you!

I’ve always been passionate about creating and telling stories. I’ve been able to share my stories through my work as a movie director, but I’ve always loved and played videogames. One day, a friend involved in game development education asked me if I was interested in spending a few weeks making a game with a couple of students. I got super excited and came up with the idea for Brothers – A Tale of Two Sons on the very same day.

After six weeks of hard work we had a playable demo for Brothers – A Tale of Two Sons. I presented it to many different developers in the games community, until finally Starbreeze decided to help me out. There were many hard lessons to learn about game development. I had already made six feature films by this point, but they were all a walk in the park compared to creating a game. Movies are a great way of telling a story, but the potential of interactive storytelling through games is even greater.

After the release of Brothers – A Tale of Two Sons, the team and I were overwhelmed by the positive reception from industry critics, and proud to see the enthusiasm of the players as well. Knowing I wanted to keep making games, I decided to form Hazelight Studios with the core team behind Brothers – A Tale of Two Sons. When we first started out we were around 12 people, but building on our ambitions for this new game, the team is now 40 people strong.

Hazelight is all about making games that focus on story-driven experiences backed by innovative gameplay. We truly believe that there are ways to play and experience games that have yet to be discovered, and that’s what drives the team here at Hazelight.

Our first game, A Way Out, came about when a friend and I tried to find a co-op game that wasn’t just a drop-in/drop-out experience. I wanted to play a co-op game with a strong story, where the characters had unique personalities and goals. And that’s exactly what A Way Out is.

This game is co-op only—you can play it online, but to get the full experience and feel, we want you to play it together with a friend on your couch. A Way Out is going to cover a lot of gameplay ground, from action to exploration, from driving to puzzle-solving, and much more.

We’re also looking into how we innovate as we tell the story of these two characters. Players will experience the game’s story as it seamlessly shifts from a full-screen experience into cinematic split-screen formats. Basically, one player can be in a cutscene while the other player has full control.

Working with EA’s Originals program has been great. We have the creative freedom and trust from EA to deliver a game we truly believe in.

I can’t wait for you to play A Way Out when it releases in early 2018. I guarantee you an emotional journey unlike anything you’ve played before.