Another of the games I got to see behind closed doors at E3 2017 was ELEX, an upcoming science-fiction/fantasy RPG being developed by Piranha Bytes and published by THQ Nordic. It’s an interesting concept that attempts to fuse conventional science-fiction with high fantasy through the power of choice.

The story of ELEX is fairly vague right now however there are some set details. The titular ELEX is a powerful substance that has fallen on the planet Magalan. When consumed by humans, it induces magical powers. It’s also an incredible source of energy that can be used to power advanced technology and war machines. Different factions have different ideas about what to do with it and so the central conflict of the game is born.

The presentation for ELEX showed an absolutely massive world, the largest Piranha Bytes has ever built. There’s a wide range of locations, from icy mountains to vast deserts, lush valleys and more. Each location has its own various wildlife and factions who are vying for control. Countless NPCs roam the wilderness and cities alike. This can be exploited by luring tougher enemies near towns where heavily armed characters may do your job for you, as was shown in the presentation. 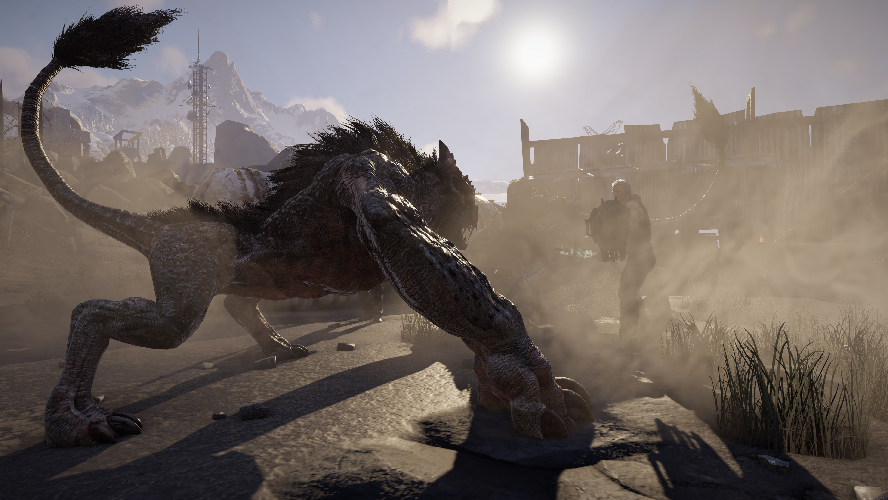 There are three main factions: The Berserkers; who refuse to use modern technology and consume ELEX for magical powers, the Clerics; a religious faction with extremely powerful weapons and machines who are virulently anti-magic; and lastly the Outlaws, described as a Mad Max-style tribe, they balance the consumption of ELEX with crafted or scavenged equipment. While it can be put off for some time, eventually the player is forced to join one of these factions. The distinct visual styles and play styles of each faction are by far the game’s most impressive feature, allowing for a healthy amount of customization and replayability.

The aforementioned NPCs have a fairly complicated system of interaction. Almost every single one of them can die, so the quests and dialogue will adjust automatically, a point that the developers were particularly proud of. There’s an incredible amount of dialogue and the voice acting sounded very good, though the lip-sync definitely could be more refined.

The environments look very good, whether it’s an icy tundra or a vast wasteland. Unfortunately, the combat animations aren’t anywhere near as polished. They look very rough, with a limited moveset for melee weapons and some of the more common enemies. Hopefully this is something that will be tweaked or fixed in the future. 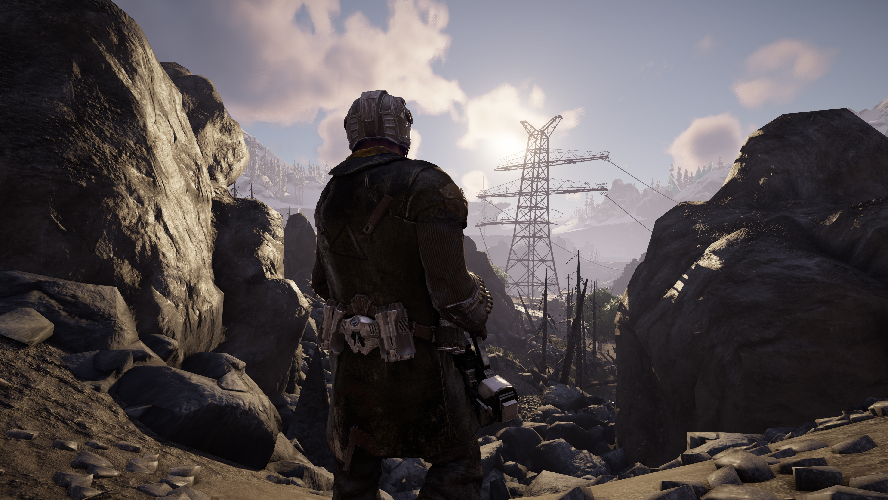 Overall, ELEX holds a lot of promise, especially with its focus on factions and the interactions between NPCs. Even though the combat doesn’t look very sharp, the world is promising, so I’ll be keeping an eye on it from here on. Releasing on October 17th, ELEX will be available for the Xbox One, PlayStation 4 and PC.