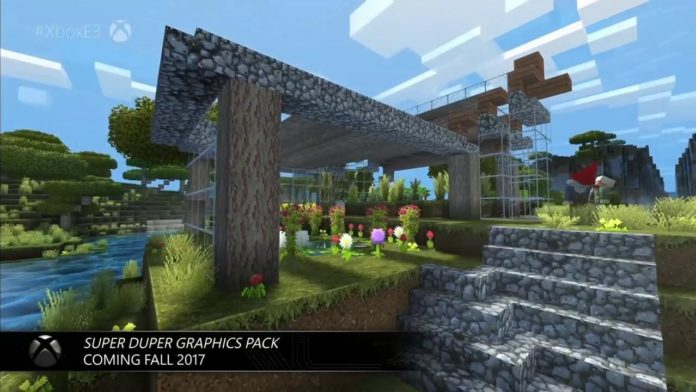 During the E3 2017 Microsoft Press Conference, Mojang revealed that there will be a lot of additional content coming to Minecraft.

First, they announced that we’re getting the option to play the game running from community servers.

A huge functional update will also be rolling out later that provides unification for the systems and cross-play for most of the various platforms. Mobile, VR, PC, Xbox and NIntendo Switch players will be able to play together.

Finally, they showed that a new DLC pack that will be coming this fall, in which Xbox One X functionalities like 4K resolution, 4K textures and the like will be added. Appropriately enough, it’s titled the Super Duper Pack.

For me, the announcement of various platforms getting cross-play is a HUGE plus for the game, and if this one opens the door for more games to do so, I would be VERY happy. What do you think of all that? Let us know in the comments.