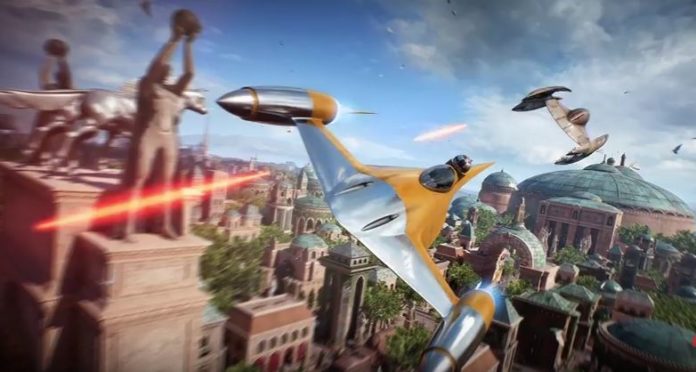 Today, at EA PLAY 2017, EA unveiled quite a bit of new gameplay for Star Wars Battlefront 2. This new gameplay video shows Clones mounting a desperate defense of Theed against the invading Droid armies of the CIS.

This game will bridge the gap between Return of the Jedi and The Force Awakens with 3 times the content of the first installment in the franchise.

More heroes, vehicles, planets, space battles, customization, and content from across all eras, along with ongoing free content promised to be added on a regular basis.

You can check out the reveal below:

Of course, it won’t be too much longer until every fan will get to try it out themselves, as Star Wars Battlefront 2 releases on November 17th, 2017.