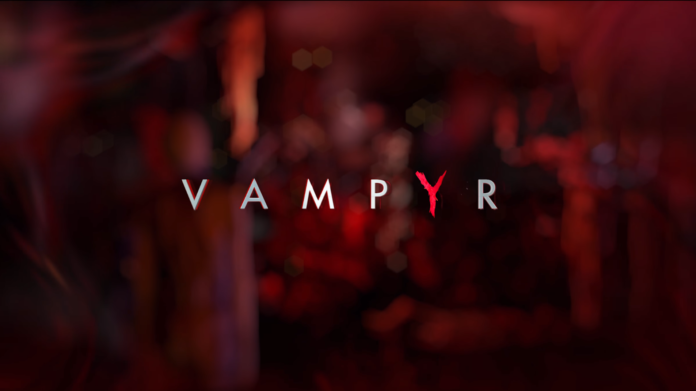 Just because E3 is now over, doesn’t mean there aren’t things you might have not seen. There’s so many games out there, just from this week, you’d be forgiven for having not seen one or two of them. One such game is Vampyr, not that you should, but you’re only human after all…or are you?

Perhaps depicting the madness the game seems destined to descend into, the new trailer really shows an early 1900s London tearing itself apart.

Check out the new E3 2017 Vampyr trailer below:

“Witness deep into the heart of a flu-stricken London, where secret societies operate in the shadows. Accompanied by the rock song Devil by DA MARIA, set out on an exciting journey with an uncut sequence shot throughout the city’s dark alleys, deadly underground passages and corrupt neighbourhoods and get a first glimpse at The Ascalon Club, a society formed from the richest vampires, unbeknownst to the mortals.

You are Dr. Jonathan Reid, a famous surgeon home from the Great War and recently turned into a vampire against your own will. As a doctor, you have taken an oath to save lives and take care of the sick. As a vampire, you are cursed to hunt those you vowed to heal. To survive against deadly foes roaming the streets – vampire hunters, undead Skal and other monstrosities – you will need to choose which civilians to feed on, so you can grow stronger and evolve your vampiric abilities.

Use your unholy powers to manipulate and delve into the lives of those around you – but be prepared to live with the consequences of your actions. A web of interconnected citizens with unique lives and relationships react to your decisions, and killing just one may cause the downfall of an entire city district.

Your actions will save or doom London.”

This trailer, although just a cinematic, looks really great. There is some gameplay available too. I am really looking forward to this. I have been a fan of DontNod for a while; Remember Me and Life is Strange are both great games and this looks to carry that trend on.

Are you looking forward to Vampyr? Let us know what you think in the comments below or over on the RGM Twitter page.