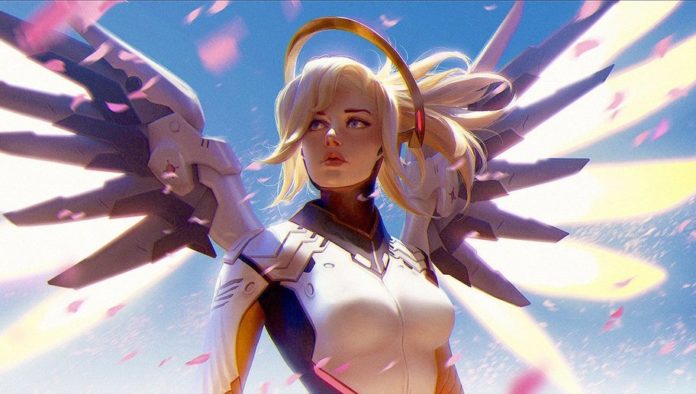 This month for The Good in Gaming I want to share with you an amazing story of community spirit. A tale of pulling together and just helping one another out.

I think we’ve all had updates that have not done their intended purpose. Some people have had it worse that others of course. You hear stories and sometimes tales of horror, of a new update releasing for a console or PC and it literally breaking the machine or game. Obviously, we would all like our games to be perfect on release, but as we know the dawn of DLC and the ease of being able to apply an update as needed perhaps negates this. Arguably, this means that if something unexpected happens it can save the game from being forever condemned as a buggy mess. The flip side being that games do sometimes release as buggy messes, sometimes without a patch. 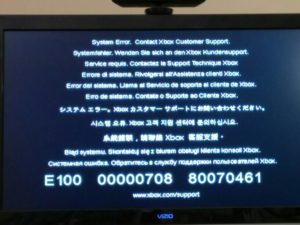 Sometimes these updates will go without issue as so few people experience them they never surface into the mainstream. This does not make that issue any less important; one person or two million. If it damages your experience of a game you are paying good money for then you are right to find annoyance in that; within the limitations of the game. Some games are just bad. One game that isn’t, however, is Overwatch.

Whether you’re a fan of the online shooter or not, you can’t argue with its success. 30 million players in its first year and it doesn’t seem to be showing signs of stopping. With new characters, maps and modes continually being added to the game, it is continually evolving. Of course these evolutions haven’t always been perfect; a patch not so long ago made tank main D.Va unplayable and temporarily needed removing from play.

Flashback to two months ago and Reddit user WheelsyGamer encounters a seemingly minuscule issue with his game:

“i’ll be up front about this, this is a post relating to disability, accessibility so it will most likely apply to no one but me but i’d still like to post this

as you can guess i’m a disabled guy, normally i’m not really able to play any shooter, (or at least not in anyway decent) because i’m incapable of using wasd on a keyboard consistently or aim with a controller. but! overwatch is weird in that it allows me to use both a controller, (which replaces a keybords wasd) and a mouse (which replaces a controllers crappy aiming )in tandem because it allows for seemsless switching between input modes. that means what basically happens is the games is constantly switching between controller and keyboard so fast it registers both.

so using this weird amalgam of control methods i have been been actually able to enjoy overwatch, usually playing mercy beaming and boosting with the mouse

however, the latest update has made it so that the game stops registering right click mouse input as soon as the controller activates…. so basically the boost beam is unusable now (unless standing still being easy pickin’s )

i know this is extremely specific and nitpicky but i’m just afraid that if this was just an oversight they’ll eventually patch it out completely and that would mean the end of my Overwatch fun.”

Now of course, this is not a small issue, at all. If it makes the game unplayable for someone, then that’s a big deal. It is in fact pretty sucky. Looking through the comments and discussions, we learn that WheelsyGamer has mild cerebral palsy; a lifelong condition that affects movement and co-ordination, caused by a problem with the brain. He has limited movement in his hands and needs a combo of controller and keyboard to game.

As he says above, he was hoping that the patch accidentally removed the feature to use Mercy as he has done in previous games. Putting out for discussion, he wasn’t expecting the response he got.

Not only did he get nearly 24,000 votes but he got over 900 comments on his post. But they weren’t posts you maybe would expect from the internet. I am slightly cynical and now expecting trolls to appear everywhere, but no not here. There was an outpouring of humanity, of good will and people just willing to help.

People were respectful, asking what the disability WheelsyGamer experiences was, even in enjoying some humor along the way. Some were linking in computer software and alternative set up options. Others were offering to build custom controllers and set ups to help Wheelsy out.

Following the outpouring of support, WheelsyGamer gave an update:

“Ok i didn’t expect this kind of reaction, thanks y’all, i’ve been messing about with the options like toggle beam, played a few matches it’s clunky and makes me even more inacurate ,(before this update the beam had the tendency to stick to a target sometimes and not let go, maybe this was a side effect from my weird setup) but *at least i’m able to buff again, and hey i’ll take what i can get 😀 *

Aside from that i’ve been checking out other heroes with a similar button held ability (rein walking with shield, zarya’s beam and symmetra’s primary fire, ) and none of them have this so it’s a weird mercy only thing (it seems) anyway thanks to you all and although i realise it’s a bit nitpicky seeing as sticky beam (kinda solves it, i still hope its something that can be fixed, and that they don’t patch this out intirely

again thanks for the support everyone”

Many commentators were linking in Jeff Kaplan, Lead Designer for Overwatch and Vice President for Blizzard Entertainment, the publishers. They were also sharing their stories of similar experiences and revelling in the unique control scheme; pledging to give it a go. They were also urging Wheelsy to take the issue to the Blizzard forums, hoping that it would be seen sooner and resolved. Thankfully it wasn’t long until Blizzard caught wind of the issue, buoyed by huge support and interest generated for WheelsyGamer.

A customer support officer from Blizzard got in touch with Wheelsy:

“Hey all! Just wanted to drop in and let you know that our Quality Assurance team was able to reproduce this and we’ve officially entered it as a bug. We hope to address this in a future update! While I don’t have an ETA, keep an eye on future patch notes for fixes. 🙂

Thanks for bringing this to our attention, /u/WheelsyGamer <3″

Wheelsy gave a final update, thanking everyone for their support:

“there is an official blizzard response somewhere in the comments, apparently it was a bug, and it will eventually be fixed, (i’m also taking this as a sign the control scheme mouse+controller is safe) so one last time my deepest gratitude toward all of you wonderful peeps who helped bringing this tho blizz’s attention, thanks to you i’ll remain able to enjoy overwatch, thank yo”

There are a few things here for me; first how amazing people can be. With events of recent months, we have seen how amazing people can be, especially at times of tragedy. Conversely, there are of course the insensitive scumbags that unfortunately plague our society. Thankfully, they did not happen upon Wheelsy, and if they did, they weren’t there for long. Flicking through the comments and offers of support I am truly amazed.

It just warmed my heart knowing that there are good people still out there. With all the crap going on, sometimes it is possible to think that good people are disappearing, but when we need them, they come together. There was no segregation, no politics, no treating people differently; everyone had an avatar as there profile image or some description, they were just there to help. And that’s how it should be.

We don’t always think how something might affect us. When something happens I imagine some people have the mind-set of “no change to me, so not my problem”. I’m glad to be wrong in this instance. It is a good life lesson; when something does happen take a step back from your own situation and think about how it might affect others.

I’ll leave you with this consideration from smokinJoeCalculus:

“Accessibility is huge for a significant portion of humans and is so often disregarded it’s disappointing. Sure, I know I personally hadn’t thought about it until the company I was working for went through a huge compliance update.

But ever since then, I don’t think I’d be doing my best work in building applications that everyone can use and understand.”