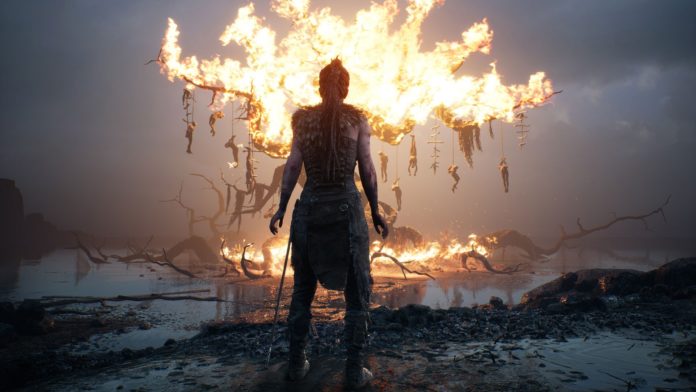 For anyone who has ever wanted some more Norse mythology in their games, Ninja Theory has your back. The latest from the DMC developer, Hellblade: Senua’s Sacrifice focuses the character of Senua. Taking place long ago, Senua and her people face the impending Ragnarok, so she must find a way to waive off opposing forces.

Through Ninja Theory’s usual visual flair and an intense voiceover, you get a strong sense of what the game’s about. Although the trailer’s only about thirty seconds, it’s difficult not to be intrigued. There’s very little gameplay, but with E3 coming up, expect to see more footage sooner rather than later.

The trailer ended in unexpected fashion, but is a great bit of refreshing honesty from a development studio. All too often, gamers forget about the financial struggles that come with indie game development. It’s difficult for these studios to pursue ambitious projects because they may end up not paying off in the end. That’s why their decision to cut the price down to $30 is both extremely player-friendly and pretty bold. Hopefully, this can set a strong precedent within the industry and other companies follow suit with a “price matches the amount of content” model. The main campaign will be 6-8 hours, so that’s the cause of the price drop.

Preorders are not held in high regard nowadays by gamers because many of them have been burned in the past by disappointing games. Combined with the consistent “preorder and get this” offer with each game’s trailer, and then you understand players’ annoyance with the concept. However, when the preorder incentive is “preorder and we can make more games,” it feels more worthwhile. Here’s hoping that they can maintain strong sales to keep going strong.

Hellblade: Senua’s Sacrifice will be available August 8th for PlayStation 4 and PC.

What do you think of Ninja Theory’s message at the end of the trailer? Do you think other studios should take note of this? Let us know in the comments!