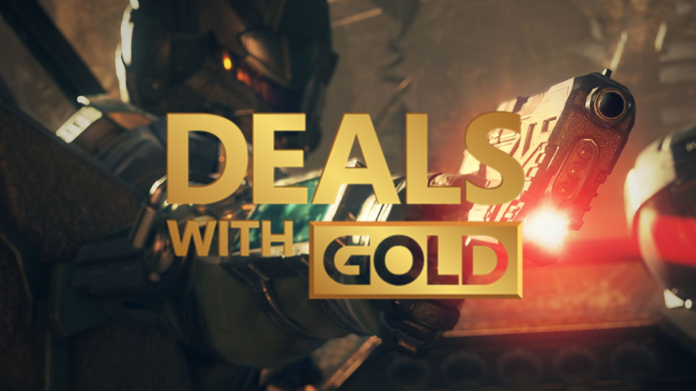 This week’s Deals with Gold have been announced with a strong focus on the Call of Duty franchise. I cannot in good conscience recommend Infinite Warfare unless you are a fan of futuristic shooters, so instead have chosen a game that I can wholeheartedly recommend.

Once purchase is complete, download this game by selecting the “Manage” button on the product details page on your console.

Purchase and receive the NUK3TOWN bonus map. This fan favorite map has been re-designed from the ground up to highlight Treyarch’s new momentum-based, chained-movement system, allowing players to battle in this adrenaline-charged new NUK3TOWN map.

The Giant Bonus Map: Zombies returns in all of its undead glory with “The Giant”. Re-live the chaos of Treyarch’s classic “Der Riese” Zombies map, picking up the Zombies story with Dempsey, Nikolai, Richtofen, and Takeo where Origins left off.

Call of Duty: Black Ops III combines three unique game modes: Campaign, Multiplayer and Zombies, providing fans with the deepest and most ambitious Call of Duty ever. The Campaign has been designed as a co-op game that can be played with up to 4 players online or as a solo cinematic thrill-ride. Multiplayer will be the franchise’s deepest, most rewarding and most engaging to date, with new ways to rank up, customize, and gear up for battle. And Zombies delivers an all-new mind-blowing experience with its own dedicated narrative. The title ushers in an unprecedented level of innovation, including jaw-dropping environments, never before experienced weaponry and abilities, and the introduction of a new, improved fluid movement system.

Here is the complete list of the week’s Deals with Gold which will be valid until June 13th:

*These offers are valid for all Xbox Live members. Please note: prices and availability are subject to change and may vary by region