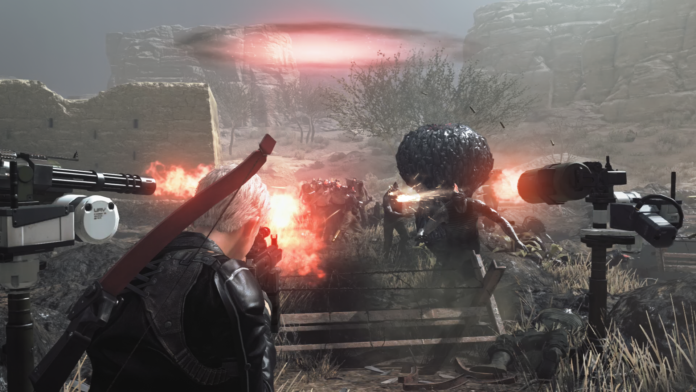 Ever since the Kojima controversy, Konami has had plenty to prove with gamers. With the announcements of the Metal Gear Solid 3 Pachinko Machine AND Metal Gear Survive, they haven’t done themselves any favors. However, now that I’ve been able to play MGS, it’s time to forget the controversy and discuss the game itself.

While there was enjoyment to be had when playing alongside three other players in a fast-paced horde mode, I lacked the drive to replay the mission once we conquered the undead hordes. This is due in large part to the lack of flow in the moment-to-moment combat, leading to clunky enemy interactions. Combat-wise, MGS largely retains the same shooting and stealth mechanics from Metal Gear Solid V (although there’s no interrogation this time around). However, Survive takes MGSV‘s limited melee elements and throws machetes and sledgehammers into the mix.

Melee weapons are an obvious inclusion for any zombie/survival game, but it’s an intriguing addition alongside the still-present stealth and the newly implemented co-op. Whether you prefer silent kills or brute force, the game encourages you to experiment.

This certainly helps distinguish MGS from the main Metal Gear series, but the now melee-focused combat exposes much of the game’s main flaws. If you take the melee focus, you’ll attack each enemy head-on, and the attack process gets real clunky. The camera is spastic and difficult to control while simultaneously stabbing away at the hostile in front of you. You’ll miss quite a bit because of it and this can lead to a lot of health being lost undeservedly. The controls aren’t as tight as they should be either, leading to that inevitable kill frequently resulting in an “ugh FINALLY” feeling rather than a satisfying one.

With “Survive” in the title, the survival mechanics are what’s most prominent. Our demo focused on a horde mission where we had to take our chosen pre-set character types (mine came equipped with a super-spear and a bow) and infiltrate an undead compound. Once inside, we set up a power base and had to defend it from the attacking zombie forces. In order to defend your territory, you set up defensive measures around the base’s perimeter like spiked barricades, fences, and oil traps. These will typically serve as purely defensive maneuvers/means of stalling so that you can neutralize them personally.

Team cooperation and resource management come into play here. These components are also responsible for much of the game’s entertainment value. You set up necessary defenses and plan out where the most effective placements for specific gates would be, all while using a set amount of resources you’ve collected. It was enjoyable and rewarding to see a properly-placed trap work just as you planned at key moments. The oil trap was a personal favorite of mine (even though it was typically only good for tripping up enemies in hilariously slapstick ways). The system offered some promising creativity, and hopefully the devs continue to deepen the system.

In terms of story bits, we were kept mostly in the dark. However, considering the emphasized cooperative and multiplayer components, the story will likely not receive any major focus. I do hope that they find some way to utilize the richness of the Metal Gear universe. If it ends up being another survival game in the MG universe, then it’s a big waste of potential.

Overall, I come away with some positives, like the resource and base management mechanics. However, the game still has many depth questions and a lack of polish in multiple areas to fully recommend yet. With no release date just yet, Konami should take their time and flesh out the amount of game modes. Along with that, make sure to retool the game’s melee combat and improve the natural flow of each enemy fight. 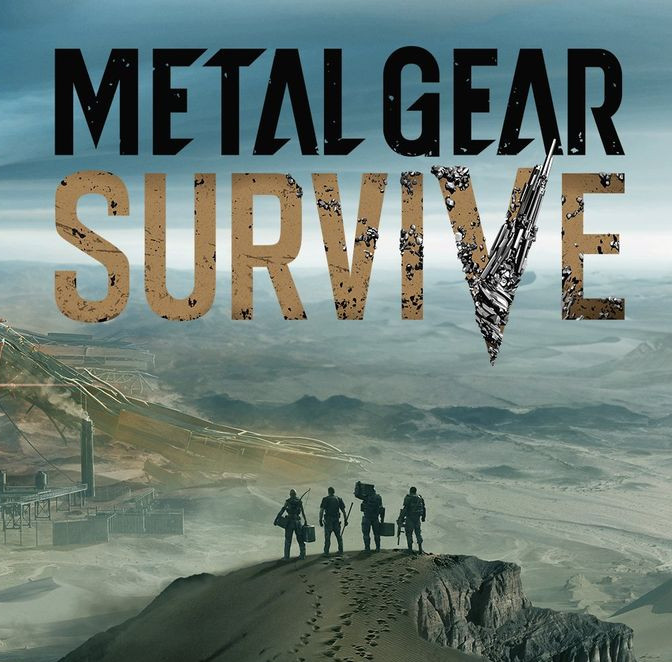 Metal Gear Survive definitely has potential, but it has yet to fully realize it.

What do you think about Metal Gear Survive? Is it a worthy spin-off? Let us know in the comments below!