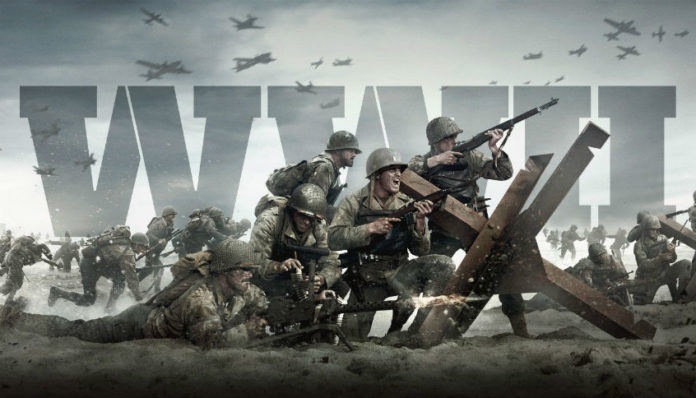 Call of Duty: WWII is not that far away from release. Sure it might feel it’s a ways away, it’s still sunny outside after all. Those cold nights aren’t that far away though, so it stands to reason we should be gearing up for COD related information. With that in mind, Activision have shown off some new details about the upcoming shooter. Call of Duty: WWII will be getting a ‘social space’, a first for the series, titled ‘Headquarters’.

Headquarters sounds like a fun idea and may well prove to be quite useful too. There seems to be a number of things that players can do, including:

You can watch the reveal trailer from Gamescom below:

Looks like pretty good fun, it will be great if you can enter into matchmaking lobbies from Headquarters. That way you can keep busy while you wait for a game to load up. Details are scant on Headquarters but we will be sure to keep you up to date as we learn more.

There were also a handful of new screenshots made available at Gamescom, which you can see below:

Call of Duty: WWII  is set to release on November 3rd for PS4, Xbox One and PC. Players who have preordered the game will be able to take part in the ‘Private Beta’ which begins August 25th for PS4 players. A second phase of the beta begins September 1st which includes Xbox One players as well. Full details are below: 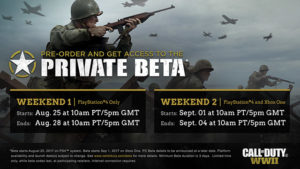 For the first time in a long while I am actually looking forward to a Call of Duty game. The new theater of war is certainly appealing; my favorite COD is World at War and there’re no jetpacks in sight! Will you be playing the beta or the game itself? Let us know in the comments below or over on Twitter.