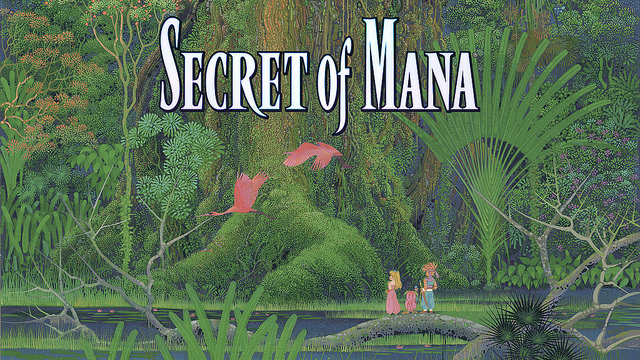 For me, this morning started great in the JRPG world, following some news trickling down from Gamescom 2017. Square Enix revealed via its official Facebook page and a post on the Official PlayStation Blog that a Secret of Mana remake, a very beloved RPG, will release on Steam, PlayStation 4 and Vita digitally, on February 15th, 2018. There’s also some information about a physical release on PlayStation 4 and Vita only in Japan for now.

Details about the release

According to Polygon, there will also be a bunch of new features like online multiplayer for up to three players, fully redone 3D graphics, new musical arrangements and voice acting. There were no details about the language of the voices, if it would be in English or just in Japanese.

A trailer displaying the Super Nintendo conversion has been released and it is beautiful. It can also be seen on the official PlayStation Youtube Channel.

You can watch the video here:

For me, this game is the one that made me fall in love with JRPGs as a teenager. As such, it holds a very special place in my heart. Thinking that we’ll be playing a remake of this game on our current generation of consoles is making me SO happy. Considering that this title exists, what could the future hold? Chrono Trigger? A guy can dream right? So what do you guys think about this news? Are you as happy as I am? Let us know in the comments.