According to a couple of interesting posts on the Xbox One subreddit, Spotify for Xbox may be coming soon. A couple of users have provided some screenshots of evidence that certainly look legitimate however, we have to emphasize that this is still technically rumor.

Proof, that Major Nelson was legit using Spotify on Xbox One

Spotify is a music streaming service that has millions of songs to choose from. You can listen to hours of your favorite music based on genre and even custom playlists from other Spotify users.

Spotify is currently available on PC, Mobile, and on the PlayStation 4. Spotify tweeted last July that there were no plans at the moment to bring their service to the Xbox platform.

Hi! Right now we're focused on our exclusive partnership with PlayStation, we don't have any info regarding other consoles/BE

The screenshots provided by Geralt_De_Rivia and GhostlyCrowd do give some hope to current Spotify and Xbox users. Currently, Microsoft’s Groove music service and Soundcloud are your only options to streaming music while playing games on the Xbox One. If Spotify is coming to Xbox One however, I imagine quite a few gamers would use that instead.

If the screenshots are indeed real, we should see an official announcement soon.

What do you think? Do you use Spotify? Sound off in the comments below!

Since we published this article, in Major Nelson’s This Week on Xbox show, there is a glimpse of the Spoftify for Xbox app on his Xbox Dashboard. This corroborates the Reddit screenshots and it’s only a matter of time before we hear an official announcment from Xbox. 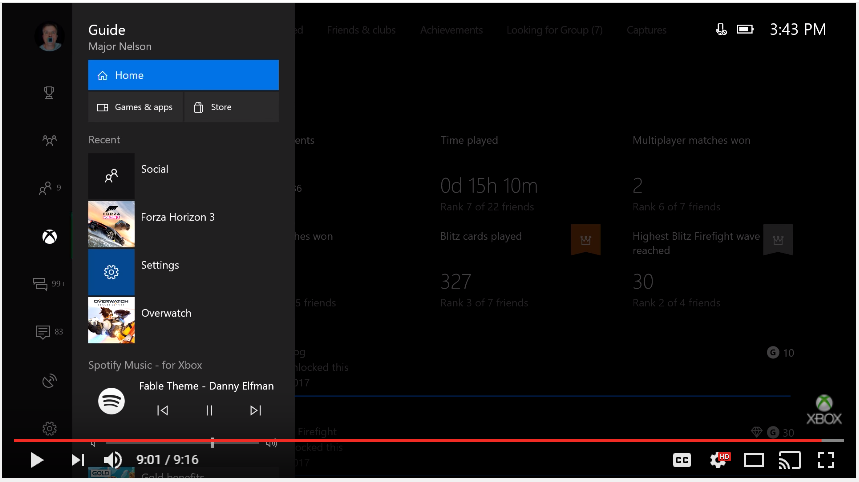 mspoweruser.com has exclusive leaked screen shots of the Spotify for Xbox app according to this tweet:

Exclusive: This is Spotify for the Xbox One – https://t.co/LxMEuZ0bUg pic.twitter.com/ZIni7Waz5t