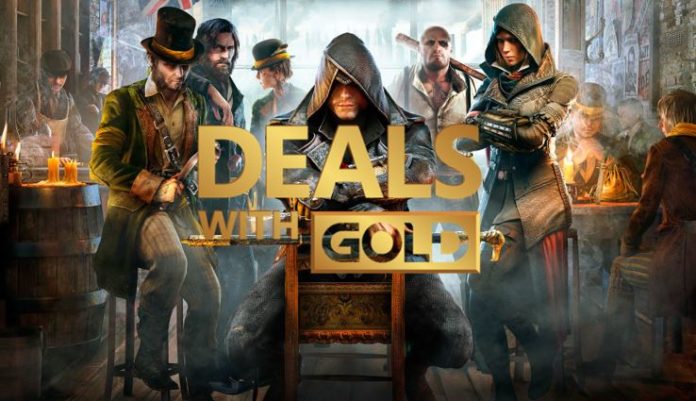 This week’s Deals with Gold and spotlight sales are in with a massive focus on the Assassin’s Creed franchise. Leading into the upcoming release of Assassin’s Creed: Origins on October 27th, now is a great time to get your hands on numerous titles from Unity to Black Flag and most recently, Syndicate.

Assassin’s Creed 4 Black Flag: The Caribbean, 1715. Legendary pirates rule the land and sea, plundering fortunes and bringing empires to their knees. Among these outlaws is Edward Kenway, a fearless young captain who earns the respect of the pirates, but whose thirst for gold and glory may destroy everything they have built.

Assassin’s Creed Unity: Paris, 1789. For centuries, France has been ruled by the privileged few. No longer. On this day, the people of Paris have risen up against tyranny. Now, in the midst of one of history’s most chaotic and brutal revolutions, the fate of a nation rests on the edge of the Assassin’s blade.

Assassin’s Creed Syndicate: London, 1868. The Industrial Revolution fattens the purses of the elite while the working class struggles to survive – until a pair of Assassins emerges from the underworld to rally to their defense.

Here is the full list of this week’s Deals with Gold and Spotlight sales which will be active until September 5th: