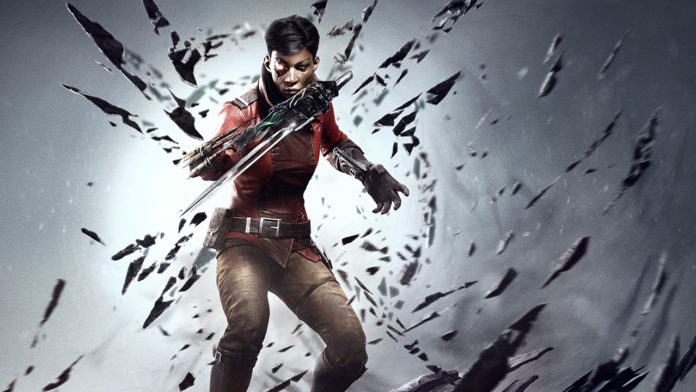 I may have spoken of this before, but, I love the Dishonored series. Coming out of left field back on the Xbox 360, the original got me hooked in a way I could not have foreseen. Fast forward a few years and we get a hugely worthy, and underrated, sequel. Adding enough new elements to keep it fresh whilst remaining true to the original’s tone and feel. Of course, I have some obvious bias, I love it! So I am of course, ecstatic to be getting some more content in upcoming release Dishonored: Death of the Outsider.

I am always scouring the internet for news and tidbits of whether Bethesda will continue the series. I  holding onto hope that Dishonored has become a cornerstone franchise in the Bethesda catalogue. They have an amazing world to explore with fun gameplay as well as great avenues and concepts to explore. I am incredibly intrigued and worried by Death of the Outsider; depending on what happens may well indicate whether the series continues or not. 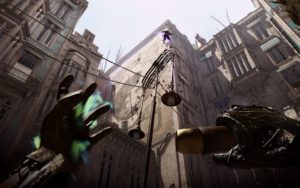 The Outsider is a god-like being in the Dishonored world who can choose to bestow supernatural abilities upon people. The plot of the game focuses around Billie Lurk (a notorious assassin) who reunites with Daud (an antagonist from the original Dishonored). Their goal? To kill the Outsider. So as you might guess, killing the Outsider might seriously hinder supernatural abilities in hypothetical Dishonored titles. Although I’m sure there’ll be a workaround, at this point it is an intriguing concept.

In anticipation of the release of Dishonored: Death of the Outsider, Arkane Studios have partnered with Youtube content creator StealthGamerBR. StealthGamerBR has put together an extremely impressive (and oddly satisfying) murder spree through the streets of Karnaca; the setting of Death of the Outsider (returning to the home of Corvo, which we explored in Dishonored 2).

Check out the gameplay video below:

I’ll be honest, I always thought myself as a fairly decent Dishonored player… But damn!

One of the best things about the Dishonored series is the freedom to play how you want. If you want to go full on assault; use the tools of the environment and your powers to take out as many enemies as you can, then have at it. Conversely, if you want to sneak through the entire game without disturbing a soul, you can do that too. The creativity available to you is certainly on show here. And I’ve got some new ideas to try when I go back to Dishonored.

There seem to be some interesting variations on some of the existing powers we have seen before. I especially like the ability to mimic another character by literally sucking off their face and presumably disguising yourself in their facade. I am really looking forward to getting back into the Empire of the Isles to play around in the void so more. What about you?

Let us know what you think below in the comments or over on the RGM Twitter.