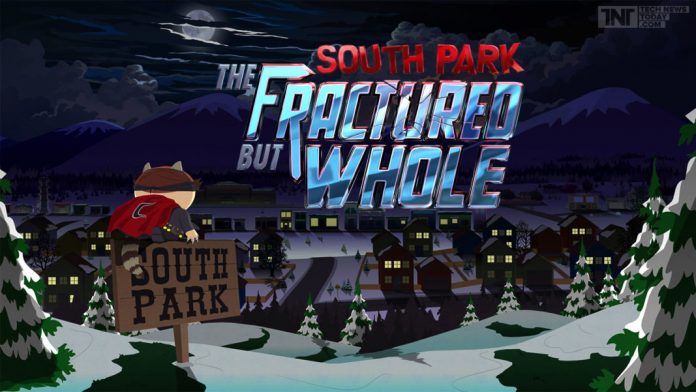 South Park: The Fractured But Whole about a month from release, and new details have emerged which will be of interest to fans everywhere. The first bit of news comes from Eurogamer, and their recent early “Let’s Play” of the game. Whilst creating a new character for the game, the setup turned to the difficulty. Nothing really untoward with this, until the difficulty slider represented something else. Skin color.

In true South Park fashion, they are highlighting social issues through their knife-edge style of comedy. Personally I think this is incredibly clever and so far it seems that most people agree. Knowing the style of satire that South Park pushes out seems to have acted as a strong buffer from what could have been a massive PR disaster for Matt Stone, Trey Parker and Ubisoft. However, this isn’t a difficulty slider for combat, but everything else. South Park linchpin, Cartman does comment on this during the character creation by saying:

“Don’t worry, this doesn’t affect combat. Just every other aspect of your whole life.”

You can check out the video that discovered this, courtesy of Eurogamer below.

In other South Park: The Fractured But Whole news, UK tabloid, The Daily Star had an exclusive interview with Kimberly Weigend. Weigend works as an Associate Producer on the game and revealed something that will be of interest to our gaming friends from down under and in Europe.

Firstly a little bit of backstory. When South Park: The Stick of Truth was released, many of the more “extreme” scenes were censored so much that instead of changing them, some gamers saw this screen: 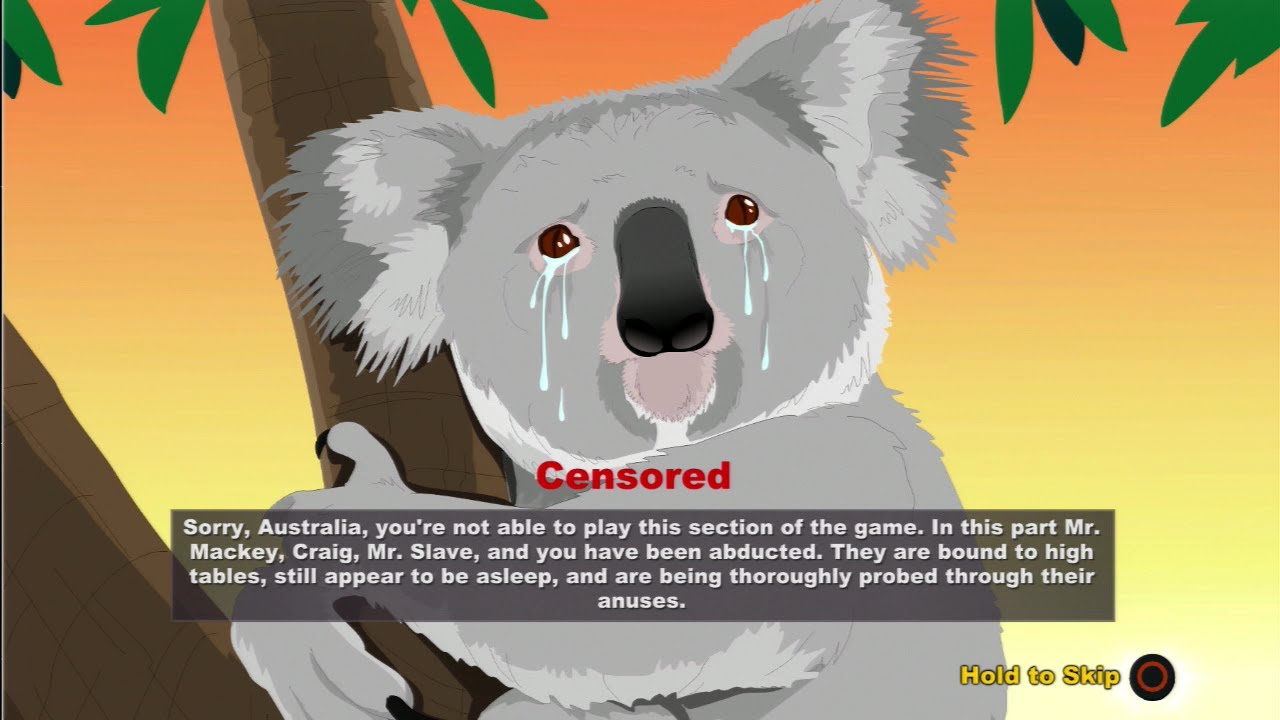 Is there anything quite as symbolic of a sad Australia as a crying koala bear? Perhaps the sight of a crying RGM Editor in Chief, Bella Ryse, but she doesn’t get sad… she gets even. These kinds of scenes will not be required in South Park: The Fractured But Whole, according to Kimberley Weigend. Who in her interview with The Daily Star said:

“We just got our ratings back: there are no content issues across all countries. Everyone around the world will play the exact same content. It was such a bummer that certain people couldn’t play certain parts, but this time it seems to be more progressive and the ratings board must’ve been like ‘this isn’t so bad, let’s just go with it'”

So the good news to all in Europe and those in Oz is that you’ll be able to play the new South Park in it’s entirety!