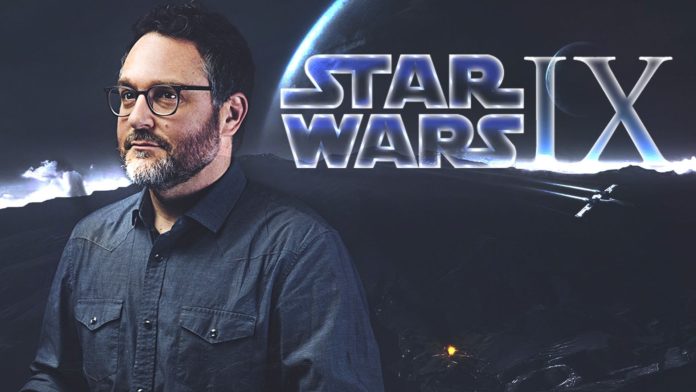 Disney may continue to be the biggest moneymaker in Hollywood, but they still aren’t immune to behind-the-scenes controversies and problems. Kathleen Kennedy and the other heads of Star Wars must fill another director vacancy with Colin Trevorrow’s departure from Episode IX. Although the reasons for this unexpected departure are unclear, talks of ‘creative differences’ headline the potential explanations.

Regardless of what excuses come up with speculation, it’s difficult to ignore the situation. The fact that this is the third Star Wars director in two years to deal with severe differences in opinion with Disney execs. Rogue One director Gareth Edwards fell victim to extensive reshoots that altered a substantial portion of his original cut. Phil Lord and Chris Miller were hired to helm the Han Solo movie due to their unique style of directing, then were fired for that same distinct style. Now, there’s Colin Trevorrow, who among reported disagreements on the script drafts presented, has left the project.

Each of these may have perfectly understandable explanations, but there are only so many ‘creative differences’ to be had before fans eventually notice. For both the original trilogy and the prequels, George Lucas had nearly unlimited creative power. Fans will undoubtedly argue over whether or not he should’ve had such absolute power (especially during the prequel trilogy), but the situation made sense considering that Lucas was the mind behind the entire franchise.

J.J Abrams didn’t seem to have much difficulty making The Force Awakens. After all, he had a proven track record and was key in rejuvenating the franchise. Rian Johnson, director of The Last Jedi seems to be in the same situation, with no major controversies being brought up during the production and post-production process. Overall, it seems like as soon as Disney looked to do experimental SW spin-offs, they (ironically) seemed to fear experimenting with the standard formula.

Reports claimed that Gareth Edwards original version of Rogue One was initially far darker in tone initially. Disney, in response, ordered the extreme level of reshoots that were done to alter the overall product until it was likely more family-friendly. In contrast, Phil Lord and Chris Miller’s “surprisingly” comedic tone for the Han Solo standalone seemed to be TOO comedic for executives’ liking. It’s with these examples that indicate just how little Disney is willing to compromise. If a director’s personal vision for a Star Wars film, then they too may be replaced for someone more agreeable.

More than likely, Colin Trevorrow’s departure was simply over his direction for Episode IX not matching up with execs. However, the sheer amount of departures/firings that have happened with Star Wars films lately have been too numerous to ignore. Ironically, Trevorrow’s departure may be the most straightforward, easy-to-explain drop out of them all (outside of Josh Trank). The primary takeaways from this is that even with all of Disney’s success, they still have flaws.

With the visions that they’ve altered or changed entirely, did/will the films end up better in the end? We can’t really know for sure. It IS important for fans to offer criticism towards major companies when they choose what’s safe instead of something risky. Would Gareth Edwards’ darker version of Rogue One have been better than what was released in theaters? Could a largely comedic Han Solo standalone have actually worked? Again, it’s impossible to know for certain. However, all corporate executives and company heads need to ensure they don’t overstep their personal boundaries when interfering with films. If you remove any unique or risky components of a movie, then you’re left with a boring “safe” movie.

If there’s something I’ve learned with “safe” movies, it’s that they may be good, but they’re also easily forgotten. With a risky movie, you do run the risk of people not liking it. In return, it’s more likely to be remembered by moviegoers (in a positive or negative light). With future films, these major production companies have to decide what they prefer: safe and forgettable, or risky but memorable.

What do you think about this director situation at Disney? Do you prefer risky or safer movies? Let me know your thoughts in the comments!