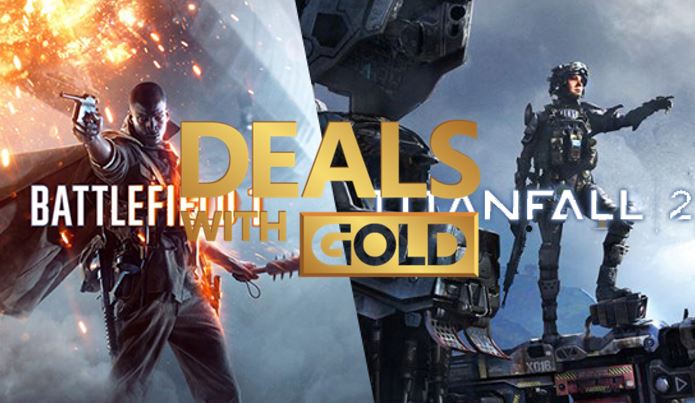 This week’s Deals with Gold have arrived with a strong focus on the FPS genre. With a variety of deals on offer this week’s recommendation was between Overwatch and the Battlefield/Titanfall 2 bundle. Due to the extremely high value in the bundle with two top notch games inside, I have decided to run with that.

– Battlefield 1 Premium Pass with 4 themed expansion packs: They Shall Not Pass, In the Name of the Tsar, Turning Tides and Apocalypse.

– 10 Double XP tokens to help you hit the ground running in multiplayer.

This Bundle is excluded from all EA Access membership benefits, including Play First and Discounts. Conditions and restrictions apply.

Here is the complete list of this week’s Deals with Gold and Spotlight sales which will be reduced until September 26: