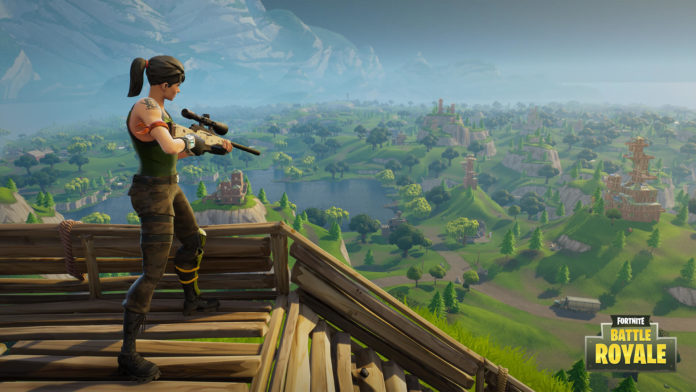 Well it would seem that the PLAYERUNKNOWN BATTLEGROUNDS bug is in full force with yet another game announcing a Battle Royal game mode. Fornite Battle Royal will see 100 players placed on one giant sized map full of destructible environments. Your ability to build, defend and strategically align with allies to attack will be all that stands between you and victory.

If you are a current member of the Fortnite community a public test is currently underway for you to participate in and provide your feedback on before the official launch of the new game mode on September 29th.

Here’s a little from the developers regarding their motivations behind adding Battle Royal to Fortnite:

Yeah, we made a PvP mode for Fortnite. We love Battle Royale games like PUBG and thought Fortnite would make a great foundation for our own version. A few months ago Epic’s Unreal Tournament team began experimenting with the mode while the original Fortnite team kept updating the core game. To maintain game balance we kept the PvP mode completely separate from the PvE mode. The new Battle Royale mode was so much fun we decided to share it with everyone to get feedback.

This is also a great time for new Fortnite players to jump in because for one week only we have a 25% discount on our Standard and Deluxe Edition Founder’s Packs. (Sale runs from Sept. 12-18.)

We are really excited about Fortnite Battle Royale and can’t wait for you to play it. This is just the first version of the mode, and we will update Battle Royale and the core Fortnite game throughout our Early Access period and into launch. We are excited to grow the game with you and thank you for joining us on the adventure.

A Code of Conduct has been posted and you are advised to check back in on it over time as it will evolve as the game mode gets close to full implementation. You can have a read for yourself below the announcement trailer:

When playing Fortnite Battle Royale we ask you to agree to the following code of conduct:

If you see players not respecting the FBR code, please reach out to us in-game via the report a player button or by contacting player support. We will investigate all feedback and take action if or when necessary.

The Fortnite Battle Royale Code is not final and will change over time, make sure you are checking back to stay up to date.

“But, I didn’t know…” is not a valid excuse, and honestly a pretty bad one. We’re all here to have fun and enjoy the game!