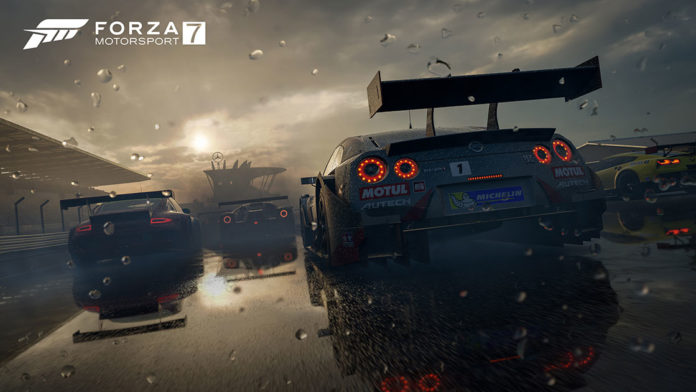 Forza 7 has gone gold, meaning release is not far away! A flagship series on the Xbox system, its high quality and performance is well-known amongst the racing lovers out there. Between Forza Motorsport (the more simulator-esque racer) and the Forza Horizon series (the open world arcade style racer, be sure to check out our review of Forza Horizon 3), you’re pretty much covered, racing wise if you’re an Xbox gamer.

Forza 7 screeches into pole position October 3rd for Xbox One and PC. It is also coming to the Xbox One X on November 7th when the new console releases. In anticipation, Turn10, developers on the series, have released a fun commercial for the upcoming game.

Check out the new commercial below:

But that’s not all! Forza 7 is also getting a pre-release demo for Xbox and Windows PC on September 19th; giving people plenty of time to give it a go. Xbox Wire have outlined some detail on the cars and tracks you’ll be able to try out ahead of the full retail release.

“The demo features three unique racing experiences in Forza Motorsport 7. Drive the Forza Motorsport 7 cover car – the Porsche 911 GT2 RS – to the brand-new Dubai circuit and experience the thrill of navigating the Jebel Hafeet Pass, one of the most famous driving roads in the world. Or, pilot the massive Mercedes-Benz Tankpool racing truck to victory at the high-speed Mugello circuit in Italy.

For drivers who want the ultimate test, the Nissan NISMO GT-R LM is available for a race at the Nürburgring Grand Prix circuit. Fans will be challenged to handle the ‘Ring’s complex corners and elevation changes, while also tackling the dynamic track conditions that will make racing in Forza Motorsport 7 so breathtaking. Racing through rainstorms laced with thunder and lightning make for a visual showcase and for a challenge like no other – where dynamic puddles grow and shrink with the intensity of the rain.

The Forza Motorsport 7 demo will feature assists that will allow players to dial in the difficulty the way they see fit; and for PC players there will performance options to adjust the experience to each player’s PC performance capabilities.”

You can check out the PC specs at ForzaMotorsport.net. 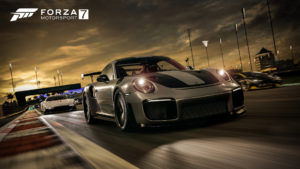 If you pre-order Forza 7 Ultimate Edition, you can get four days early access to the game (from September 29th). Pre-ordering digitally also nets you the ‘Hoonigan Car Pack’ for Forza Horizon 3 on purchase and Forza 7 come release. Being an ‘Xbox Play Anywhere’ title, getting the game digitally will get you a copy on PC and Xbox One. It is also the only way to access the 1991 RAUH-Welt Begriff 911 and 1965 Ford Mustang Hoonicorn RTR. These cars are only available through the digital editions.

So we are on the cusp of the “big release” season with Forza 7 leading the charge. Will you be picking up the seventh iteration in the Motorsport series? Let us know your thoughts in the comments below or on the RGM Twitter.