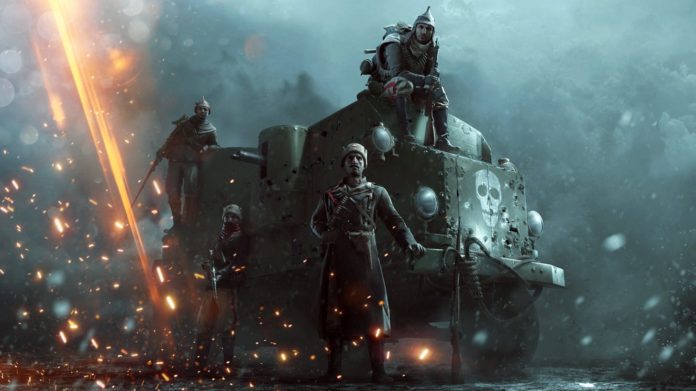 It’s been a long time coming, but we’re finally about to get our hands on some new content for Battlefield 1. “In the Name of the Tsar” is the title of the new DLC, which releases today; focusing on the Russian front of the Great War. The new content is exclusive to Premium pass holders for the first two weeks. After that, the general populace will be able to purchase the new content.

This is the second of four pieces of DLC that is releasing for Battlefield 1 in the future. EA recently made the announcement that Battlefield 1: Revolution is now available; pulling together the base game and the premium pass into one good value bundle. There has been some debate amongst the online community as to whether this is too early to release; premium pass holders are still waiting for content to drop. The World War One shooter has also just entered the EA Access vault, bringing more value to the subscription service.

You can check out the trailer for “In the Name of the Tsar” below:

Details from EA of the new DLC and what is included can be seen below. There are also a number of fixes available to all Battlefield 1 players which will be available to download now and is required to play online:

Prepare for battle like never before with the Specialization system.  New customization options will allow you to enhance your effectiveness on the battlefield and tweak your soldier to explore new ways to play.  All players will start with a set of basic Specializations and many more can be unlocked by completing Service Assignments.

Service Assignments are a new set of challenges that will test your mettle as a soldier. Show that you’ve got what it takes with the “Getting Started” assignments before moving on to the more difficult “Staying Focused” challenges. Will you pick one kit and master it, or complete them all and become a jack of all trades? 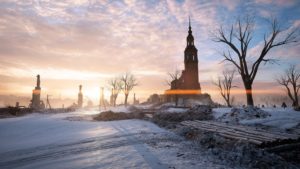 Five new maps will be available in the “In the Name of the Tsar” DLC, including:

Resupplying troops was essential to victory in WW1, and the use of airplanes to deliver much-needed supplies was a completely new tactic. In the new Supply Drop mode, airdrops will appear periodically, and your team must defend the drop location to recover those supplies. The team that recovers the most supplies at the end of the match wins.

It’s certainly a substantial update. It’s nice to see more content made available for the popular shooter. Hopefully the wait for DLC three and four won’t be as long. “Turning the Tides”, the third DLC pack, is due in December 2017. “Apocalypse”, the fourth DLC, is due in “early 2018”.

Will you be picking up “In the Name of the Tsar” in a couple of weeks? Or are you diving in as a premium pass member today? Any fixes still missing that are sourly needed? Let us know in the comments below or over on the RGM Twitter.