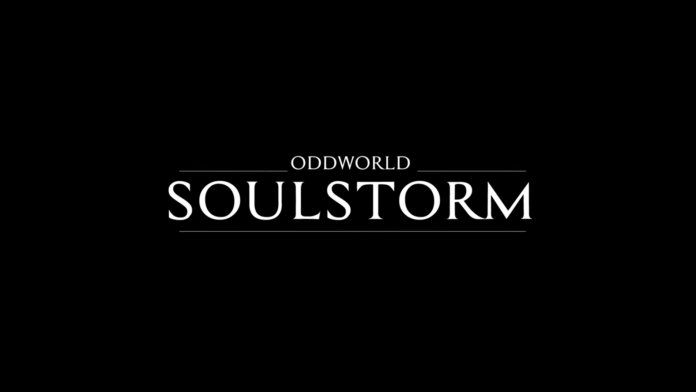 It was recently the 20th birthday for Oddworld: Abe’s Oddysee, the gruesome and brilliant 2D adventure platformer. If you never got the chance to play it on the original PlayStation back in 1997, good news, it was completely remade for current gen machines in the guise of Oddworld: New ‘n’ Tasty. It was a faithful recreation of the original and aimed to garner interest; to see if people still cared about the world of Odd. Thankfully, there was the interest, from new fans and old. So now we have begun to learn about the next title Oddworld: Soulstorm

For fans of the Oddworld series, ‘Soulstorm’ might sound familiar. It should. ‘Soulstorm Brew’ was the consumable that was being peddled by the evil Glukkons in Oddworld: Abe’s Exoddus; made from Mudokon tears, among other things. In Oddworld: Soulstorm, the developers aim to retell the story of Exoddus; taking it in a different direction. They will also be adding in new gameplay mechanics and updated graphics. 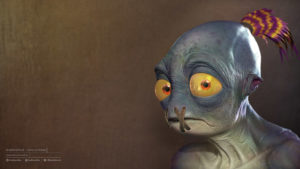 The developers have been incredibly cryptic in their parting of information and have been releasing coded images for fans to decipher; leaving some quite harrowing clues as to what might be going on. If you remember the original titles you’ll recall that, although humorous in places, they were incredibly oppressive; a seemingly weaker race being lorded over by those in power to further their profits and agenda…huh, sounds strangely familiar.

The originals were about breaking out from the shackles of these oppressors and taking back the freedom you crave and rightly deserve. Usually it involved some devious puzzles and brutal sacrifices to make it happen and it sounds like Soulstorm won’t be any different. At last weekend’s EGX, a gaming convention held in Birmingham in the UK, Lorne Lanning, the Creative Director and co-founder of Oddworld Inhabitants, revealed the title sequence for Oddworld: Soulstorm. He also spent some time detailing some more of the upcoming features and showed off some of artwork from the new game.

Check out the teaser trailer of the title sequence below:

I don’t know about you but that gave me the chills. It looks fantastic but equally you’ve got to feel for the Mudokons. Which I guess is the right response? I imagine that Oddworld Inhabitants want you to want to save the blighted Mudokons. Either way, there’s death, torture and a haunting song to soundtrack it all.

There aren’t many details other than what can be seen on Oddworld Inhabitants website and what’s in these videos. I can’t wait to get my hands on a new Oddworld title but it seems we will have to wait for now. Let us know what you think about Soulstorm so far. You can use the comments below or drop us a tweet over on RGM’s Twitter page.