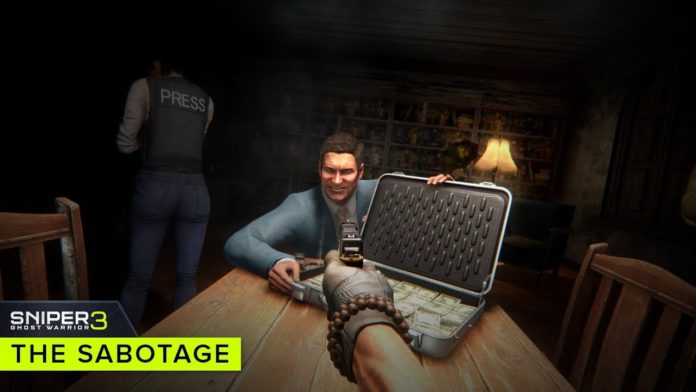 Back in April 2017, Sniper Ghost Warrior 3 was released with mixed reviews. From what looked initially like a great addition to the franchise, it’s fair to say that the game fell short of expectations. Despite this, developers CI Games are pushing on with DLC to bring some improvements to the core game. The latest such DLC is The Sabotage. You can check out the trailer below:

Showing off its trademark gratuitous gore, The Sabotage looks like a solid addition to Sniper Ghost Warrior 3. With environments ranging from the stunning to the gritty, the visuals are still very appealing however, will the gameplay match up?

In a change from the main game, you play as Robert North, brother to the core game’s protagonist Jonathan. The description of the DLC promises to show a new “perspective on the war tearing Georgia apart” and to fight for the Separatist Movement. The official site lists what is included in the DLC however, to save you time we have included that below for you:

What do you think of Sniper Ghost Warrior 3? Does The Sabotage interest you? Have you already downloaded it? Let us know in the comments.