Some great news has arrived for fans of the Star Wars universe. Paul Bettany has been cast in the Han Solo movie, the yet-untitled Star Wars film releasing in 2018. The announcement was made by Ron Howard via Twitter. Personally, I feel this is great news for the film, as Bettany has been gold for many films in the past. He portrays Vision in the Marvel Cinematic Universe and has been in two of Ron Howard’s previous films. With that in mind, his casting is no real surprise.

“Howard took over the picture when its former directors, Christopher Miller and Phil Lord, were fired after clashing with Lucasfilm president Kathleen Kennedy and screenwriter Lawrence Kasdan. As sources detailed to THR then, the directors felt like they were being given “zero creative freedom,” while the Star Wars brass was displeased by the duo’s improvisational style that saw takes deviate from Kasdan’s script.”

Howard has used Twitter to announce other hires in the past, such as when he confirmed that Warwick Davis would be on board the project, which naturally caused Star Wars fans to rejoice. Davis has been in many Star Wars films and has become a mainstay cast member for anything in Star Wars.

We do not yet know what character Bettany will portray however, we do know that he was cast shortly after the production lost Michael Kenneth Williams due to extensive reshoots. So, Bettany might be taking over Williams’ role. With that said however, I honestly feel that might not be a great move for Ron Howard considering recent and continuing allegations of Hollywood whitewashing and racism; most recently Chloe Bennet made claims that she had to change her name to fight against such racism. 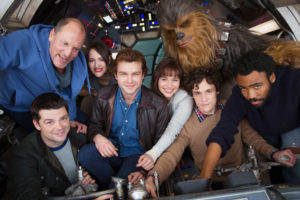 With all the controversy aside, Paul Bettany is going to have a huge summer at the box office in 2018. He will be reprising his role as Vision in Marvel’s Avengers: Infinity War, and walk the red carpet for the Han Solo movie as well. 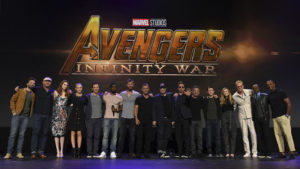