Here it is. After some time in development, with nothing but a handful of photos to go on, the Tomb Raider movie has its first official trailer. Starring Alicia Vikander as Lara Croft, this film is clearly inspired by the 2013 reboot game, while still taking its own direction.

Take a look at the trailer right here:

Lara Croft, the fiercely independent daughter of a missing adventurer, must push herself beyond her limits when she finds herself on the island where her father disappeared.

From Warner Bros. Pictures and Metro-Goldwyn-Mayer Pictures, Tomb Raider is the story that will set a young and resolute Lara Croft on a path toward becoming a global hero. The film stars Oscar winner Alicia Vikander (Ex Machina, The Danish Girl) in the lead role, under the direction of Roar Uthaug (The Wave), with Oscar-winner Graham King (The Departed) producing under his GK Films banner. The film¹s production begins on the heels of the 20th anniversary of the wildly popular videogame franchise from Square Enix, Crystal Dynamics and Eidos Montreal. 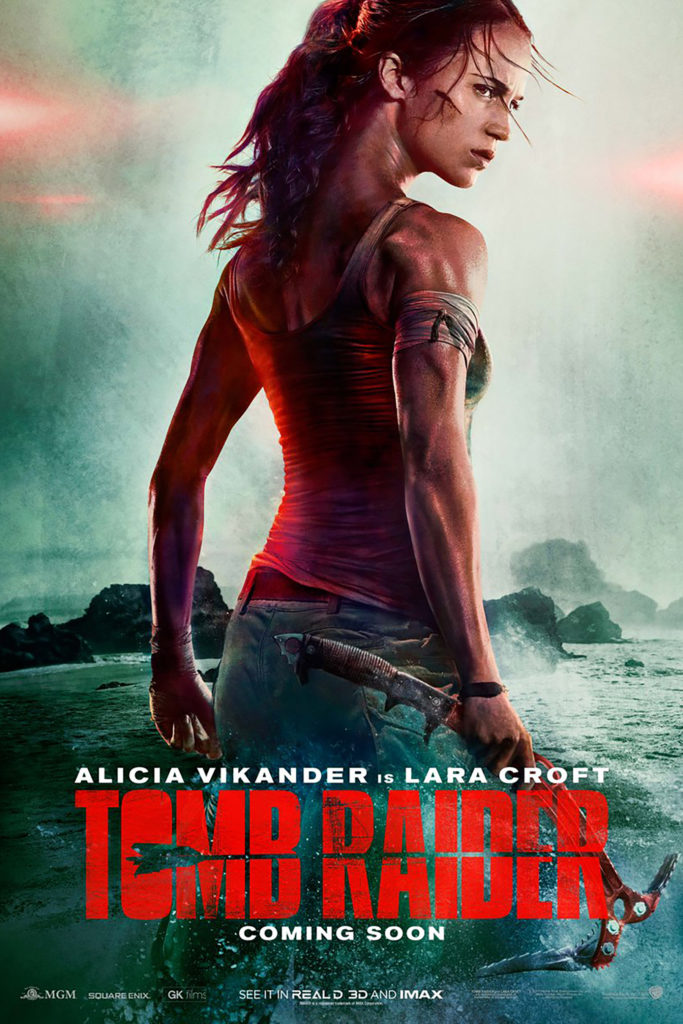 I’m not sure I agree with taking huge inspiration from the 2013 game before going in another direction entirely. Obviously we’ll need to wait for the final product before passing complete judgement. Even with that in mind, I’m not really optimistic. Tomb Raider hits theaters on March 16th, 2018.