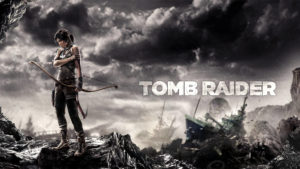 Who is this for?

For those of you interested in the new Tomb Raider movie, due out on 16 March 2018, what you need to know is that Tomb Raider movie looks like a live-action video game. What I mean to say is this: If you have played the 2013 Definitive Edition of Tomb Raider, then it appears that you will probably know most of the plot for the film.

If you don’t believe me, then just check out the trailer:

There are a few commonalities, which could lead us to the conclusion that this film will be a mirror image of the game that renewed the franchise. The truth of the matter is that for all of the old-school gamers, comparing this movie to the previous Angelina Jolie franchise, and the 2013 game to the earlier games, here is what you need to know: This film will be good, but it isn’t for you.

The first franchise that came out when you were a kid was for you. That one was aimed at its target demographic… Teens. The reality of the situation is that this film is targeted at the demographic which is growing most, and is also a large gaming demographic as well. According to the MPAA Market Statistics Report from 2016, quoted below, teens are the group most likely to see this movie, and they are also the group most likely to have played the 2013 Tomb Raider video game, rather than any earlier Tomb Raider game.

So, if you are a movie studio, looking to make a mint on a great franchise, then you are going to aim the movie at the largest demographic, and you are going to use source material that is familiar.

The similarities to the source material:

In the trailer we see some obvious connections to the 2013 Tomb Raider game.

In a comparison of all trailers, we have: a shipwreck, a crashed plane, a search for a father, the Trinity organization, a friendly ship captain, and a great use of the climbing ax.

Undoubtedly we have to acknowledge the fact that this is a new look for Lara. This is not the Lara from the first games, or the first films. She is leaner. She seems to be more slight however she is also a grittier and darker version of the original character. It is that grit which will lend this Lara Croft new life.

Will I watch it? Yes! Is it going to be good? Yes! The story has developed in the video game through this new series, and the story for this movie will improve as well. Movie makers are more willing to take Lara Croft into a darker and grittier place than they were willing to go when they were making the original series. In the end, the landscape has changed in video games, and it has changed in the film industry.