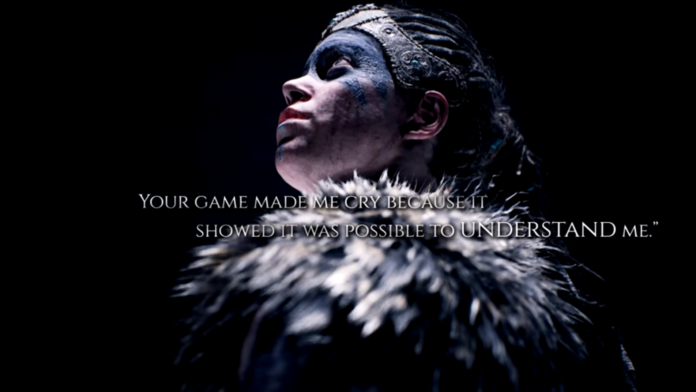 Today (Tuesday October 10th) is World Mental Health Day, a day where we are supposed to pay more attention to mental health and its importance. Given that mental health is as important as physical health (if not more so) it is certainly something that needs more support and input from governmental officials and the general populace. Often budgets are much lower, services are not prepared adequately to deal with the demand they are supposed to meet and staffing shortages plague services. That and some people seem to think mental health is something that is fine to be mocked or not taken seriously. You may recount my article on the phrase “triggered” and how its use is not okay in the way so many social media warriors do.

The point is, whenever you think about the way mental health is portrayed, influencing how we view it, it is often negatively depicted or focuses on the extreme circumstances; such as hospitalization. Although these cases, in some depictions, exist, it is an incredibly small percentage of the populace of mental ill-health sufferers. Even then, they are still people; people who are going through an incredibly difficult time. Although there maybe a good reason they are in hospital, it doesn’t mean that they don’t deserve help; to be treated like a human being. If you are to consider One Flew Over the Cuckoo’s Nest, Me, Myself and Irene or other film and TV you might see a trend of negative portrayal of mental health in the media.

Historically, there have a been a lot less positive representations. That being said more work is being done to draw attention to what people are going through. Additionally there are some positive mental health portrayals including: Reign Over Me, Orange is the New Black and Homeland. They have all been praised for helping to reverse the previously negative portrayals on-screen of those with mental illness. If I’m honest, I can’t think of many games that have gone out of their way to accurately represent the experience of people with mental health problems. The Legend of Zelda: Breath of the Wild does touch on the subject of suicide, but few others spring to mind. Spec Ops: The Line is brilliant at depicting dissociative disorder in its narrative (if you haven’t played it, go do).

More often than not you will more likely see mental health issues depicted in “the enemy”; they are probably more dangerous and harder to take out. Dead Rising’s toughest enemies are literally called “Psychos”. With anything like this, it isn’t so much the way it is presented, more how it is described. If there’s a character that is delusional, intentionally, with a penchant for killing, have at it, it isn’t the norm. However, describing said murderous character as a historically disparaging term for someone with a mental health problem (i.e. psycho/maniac) creates a prejudice and an association, especially in younger, impressionable people.

WE ALL HAVE MENTAL HEALTH and I reject anyone who says we don’t. For some people, it’s worse than others. More education is needed to raise awareness and alert people to their own mental health, positively or negatively. Don’t get me wrong, I don’t think it should be all the time; we need a break from life and videogames, film and TV are all means to do that. That doesn’t mean we shouldn’t use our mediums to express ourselves for those who will listen or take it in. So why not do more if we can, especially if a developer is passionate about sending a message.

Ninja Theory certainly seem like said developer. Their latest release Hellblade Senua’s Sacrifice for PS4 and PC is certainly a different take on psychological horror action adventure. It focuses on the story about a tribe who lived in Scotland and is based on Celtic and Norse mythology. The game focuses on Senua as she embarks on a personal journey through a hellish underworld. This underworld is made up of Senua’s psychotic manifestations of her reality and mind.

To develop the game, Ninja Theory consulted world-leading neuroscientists and non-profit organizations like Wellcome Trust to properly capture the experience of psychosis and its devastating effects on the human mind. They wanted to be sure to capture the true experience and be able to convey that in their game.

One of the biggest hurts when discussing mental health problems is the thought that people don’t understand you; listen to you or hear what you have to say. Hellblade seems to have struck a chord with people. Especially those in the mental health community. Ninja Theory recently released a wonderful video made up of fan images; using the in-game photo mode interlaced with messages from fans who have connected with the game.

Check out the video below:

I found the video incredibly powerful as well as the comments that follow on the YouTube page. It seems that Hellblade is a true representation of the difficulties people experiencing psychosis face.

Ninja Theory aren’t finished there though. During World Mental Health Day (today) all proceeds from the sale of Hellblade: Senua’s Sacrifice will go to the UK charity Rethink Mental Illness, a charity dedicated to creating a better life for people affected by mental illness.

All proceeds that we receive from sales of #Hellblade on #WorldMentalHealthDay Oct 10th will be donated to mental health charity @Rethink_ pic.twitter.com/ae6FWQXduG

Kudos Ninja Theory. Mental health affects all of us in various different ways in all aspects of life. A better admittance and understanding of ourselves can go miles in helping ourselves and others. It’s ok to not be ok, it’s ok to talk and it’s definitely ok to need to help. If you were struggling with a game what would you do? Might you look up a guide online? Or eventually you’d figure it out…the same goes for life. It’s ok to look for a solution online if you’re truly stuck.

Don’t forget, all proceeds from the sale of Hellblade: Senua’s Sacrifice is donated to Rethink for today only. Buy it on PS4 or PC by clicking your relevant format and get a great game and help out a great cause too.