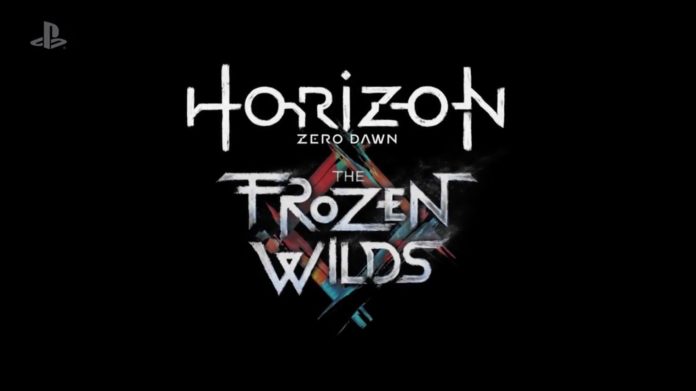 Strong contender for 2017’s GOTY, Horizon: Zero Dawn was both a surprise hit as well as an expected one. Bear with me on this, firstly it was expected to be a hit release for the PS4. However, the way that it has pretty much obliterated the vast majority of other releases this year in its scope, story, graphics, gameplay and vast level of replay-ability has taken aback even the most sceptical of onlookers. It should come as no shock then, that the first DLC, The Frozen Wilds has huge expectation on it. Before I continue, check out RGM’s review of Horizon: Zero Dawn from back in March.

The Frozen Wilds takes place beyond the northern mountains of the main game, in what is Banuk territory. The Banuk are not a massive part of the main game, appearing in a small settlement in the north-east of the map and from some dialogue with the NPC’s there can give some hints to what their lands are like. Not that the title “The Frozen Wilds” doesn’t already give it away that is…

Still, The Frozen Wilds is currently at the top of my “to pre-order” list, following the way I absolutely fell in love with Horizon, much in the same way I fell in love with Mass Effect and Uncharted 10 years ago. So far, Guerrilla have not given too much away and their latest trailer is another teasing one. Showing off some similar gameplay that we are used to from the main game, with the glistening addition of more snow. The trailer doesn’t actually give us anything else to go on, which in fairness is a good thing. Trailers showing off too much can either make or break a games release (much in the same way movie trailers often show off too much). That’s about enough of my babbling on, check out the trailer below.

What do you think of the latest trailer? A little more required? Are you excited to return to Aloy’s world in Horizon: Zero Dawn? Let us know everything you’re thinking about The Frozen Wilds in the comments!