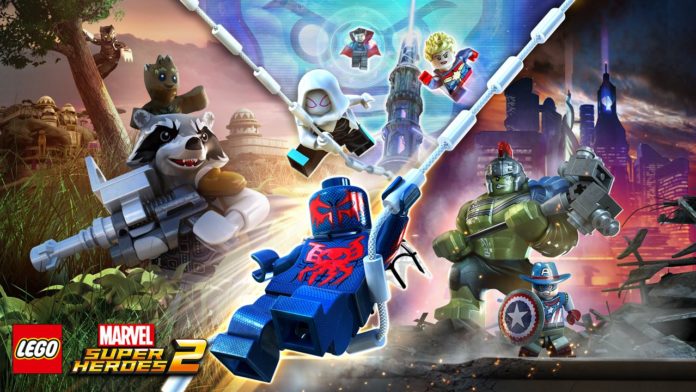 “Calling all Heroes! The Head of Security of Knowhere has a plan to stop Kang. Join Cosmo, a former Cosmonaut, and enlist the aid of Heroes from across time in this all-new trailer for LEGO Marvel Super Heroes 2. What a good boy!”

LEGO Marvel Super Heroes 2 looks like it will be a big step forward in this particular LEGO game franchise. With the inclusion of an open world “Chronopolis” which will include 18 different Marvel locations including Ancient Egypt, Sakaar and New York City from 2099 the game sounds like it will be pretty huge.

The game will pick up directly from the end of LEGO Marvel Super Heroes, which will amalgamate multiple characters from different story arcs into one narrative. The game’s antagonist, Kang the Conqueror is “pulling together our worlds across space and time into one mega-city and must be stopped!” according to Cosmo, the trailer’s narrator.

Since Kang is pulling in different times as well as locations, the game will also allow for different versions of the same character to fight side by side, including Spider-Man Noir and Spider-Man 2099 for example.

LEGO Marvel Super Heroes 2 also brings an impressive roster of heroes and villains, including (but not limited to):

Finally, LEGO Marvel Super Heroes 2 will also include themed challenges and battle arenas with 4-player local co-op and competitive multiplayer. As a father, this all adds up to a great game that I can play with my kids, and I’m sure there are many others who are eagerly anticipating the release of this latest addition to the LEGO games world.

You’ve read through the article, so I suppose it’s only right to actually include the trailer! Enjoy!