Here we are, it’s November 30, 2017. As we move into the last month of 2017, we’ve got two new backwards compatible titles. Like many of the recently announced titles, they aren’t exactly super-popular choices however their inclusion is sure to make at least some gamers happy. 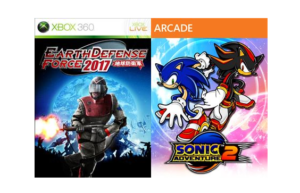 The rest of the titles added this month are:

You can also check out the list of games added during the month of October HERE.

This now takes the total to 446 Xbox 360 games available on the Xbox One via backwards compatibility. To check out the entire list of games now available through this feature please visit Major Nelson’s Blog.