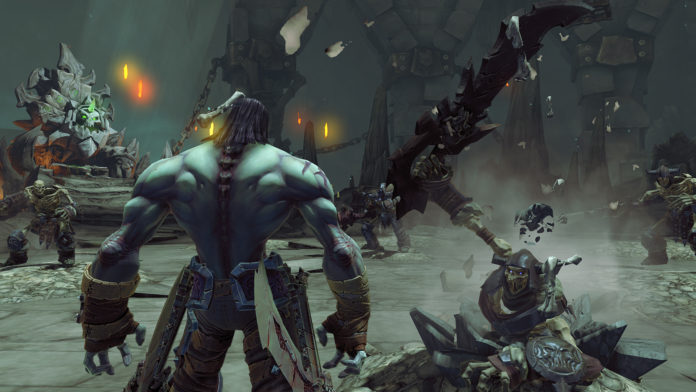 Today, on the Official PlayStation Blog website, Sony announced the lineup of the December 2017 PlayStation Plus free games. The comments on the article are actually making me angry, as people are tearing apart the selection and I totally disagree with these comments. There is a nice selection of games for every system and every type of gamer.

There is still time to download a free PSVR game (continuing from last month’s selection), celebrating the device’s first anniversary: Until Dawn: Rush of Blood.

Here’s the regular line-up of games for the month of December:

Become the terrifying force which everything fears but nothing can escape. Awakened by the End of Days, Death, the most feared of the legendary Four Horsemen embarks on a quest to redeem his brother’s name. Along the way, the Horseman discovers that an ancient grudge may threaten all of Creation. Death lives!

It is an age of Kung Fu heroes, warriors, and best of all, LEGENDARY LEGENDS! Face-off alongside or against Po, Tigress, Monkey, Tai Lung, Master Shifu, and all of your favorite Kung Fu Panda characters in the Showdown of Legendary Legends. Up to four players compete in iconic locations throughout the Valley of Peace and beyond. Compete in an epic Tournament where all Kung Fu warriors contend for honor and glory. Who will reign on top as the mightiest warrior in the land? Will it be a mighty hero or a cunning villain?

Kate Walker, a young ambitious lawyer from New York, is handed what seems a fairly straightforward assignment. Little did she imagine when embarking on this task that her life would be turned upside down.

XBlaze Lost: Memories, is a visual-novel game based in the BlazBlue universe and the sequel to XBlaze Code: Embryo. Play as the enigmatic pink-haired protagonist as she navigates through a weird and wondrous alternate reality with the help of the mysterious Nobody in order to save her sister, who disappeared into this unknown world!

forma.8 is a unique take on the proven Metroidvania action-adventure formula, with a striking visual style and a huge world to explore.

As the small exploration probe forma.8 you’re stranded alone on the surface of an alien planet. Separated from your companions by accident you have a life or death mission to accomplish: find and recover a lost, powerful energy source before it’s too late. Ancient civilisations, great perils and dystopian visions await you. And not everything is what it seems…

Wanted Corp is a top-down action game in which you play as two intergalactic bounty hunters with different powers.

Take on the role of bounty hunters Neal H. Maddogg and Irina Zimoy and arrest the scum of the galaxy!

Use Maddogg’s devastating weaponry or Irina’s psychic powers to catch your prey or eliminate them once and for all!

Replay each level to improve your scores and climb up the bounty hunter rankings.

Collect the rewards to buy new weapons and abilities that make combat even more explosive!

The hunt is on!

There you have it! From visual novel to action game, from indie to major studio, there is something for everyone! The PS Plus games still continue to fulfill its intention: making you discover great games that people love or games that you wouldn’t know about easily. I’m happy with this selection. What do you think? Let us know in the comments.