A new character has been announced, a shadowy geneticist working for Talon. Moira is coming to Overwatch. With lifedraining and healing abilities, she’s a support character with quite a few options at her disposal.

Take a look at her introductory trailer right here:

You can read all about her on the official website however, here’s a quick overview of her abilities:

Moira’s biotic abilities enable her to contribute healing or damage in any crisis. While Biotic Grasp gives Moira short-range options, her Biotic Orbs contribute longer-range, hands-off damage and healing; she can also Fade to escape groups or remain close to allies in need of support. Once she’s charged Coalescence, Moira can save multiple allies from elimination at once or finish off weakened enemies. 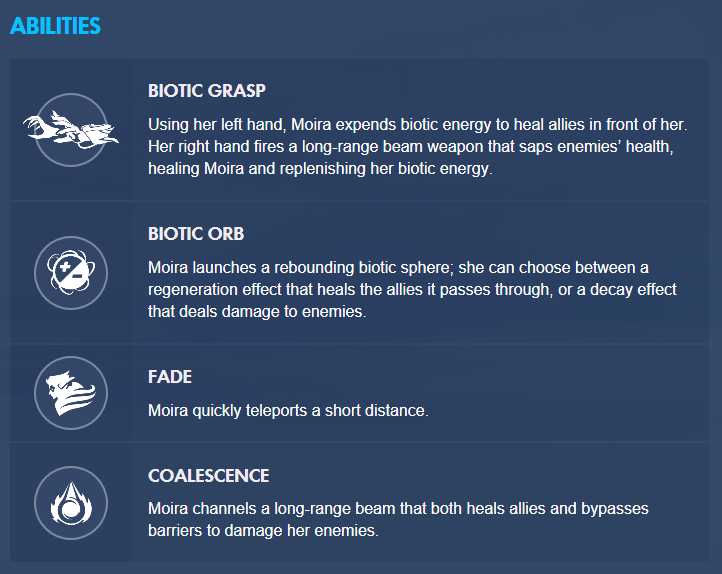 Moira is the fifth character to be added, joining others like Doomfist and Sombra. While no explicit release date has been mentioned, I imagine Moira will join the fray sooner rather than later. Hopefully we’ll know the exact time soon. In the meanwhile, let the inevitable discussions commence over whether or not this is a balanced addition or will completely break the game (please discuss this in as civil a manner as possible).