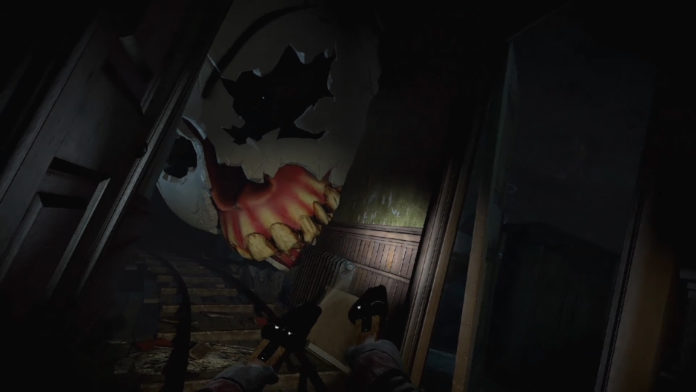 Today, on the Official PlayStation Blog website, Sony announced the lineup of the September 2017 PlayStation Plus free games. There is still a nice variety of games for all type of gamers, on every Sony platform, including PSVR!

First, until January 7th, to celebrate the 1st anniversary of PSVR, Sony is allowing us to download this exclusive PSVR experience that our Editor-In-Chief appreciated at the release of the peripheral last year: Until Dawn: Rush of Blood

Strap yourself in for the most disturbing rollercoaster ride you’ll ever take. From the warped minds of the team behind PS4™ horror classic Until Dawn, comes Until Dawn: Rush of Blood – a virtual reality experience to strike fear into the hearts of every trigger-happy arcade shooter fan.

Arm yourself to the teeth then blast your way through a horde of enemies and monsters coming at you from all angles. Duck and dodge everything that’s thrown at you in this fright-filled rollercoaster ride from hell– exclusive to PlayStation®VR.
Can you survive seven levels of pure terror to top the global leaderboards? With multiple paths to take and nightmarish themes to scare the living daylights out of you, no two rides will ever be the same – and neither will you…

Here is the regular line-up of games for the month of November :

Worms™ Battlegrounds brings friends and families together in the noble pursuit of self‐improvement, world domination and exploding sheep.

Form Clans, Take On The World

Join together with friends and other Worms™ Battlegrounds players to form a fearsome team name your clan, design your own emblem, promote other players to act as leaders and officers. Enter your clan into the league and fight together to make your mark on the leaderboards. Nobody wants an empty trophy cabinet!

Story Mode’ adds a ton of variety by introducing physics based contraptions for the first time ever. A plethora of interesting machinery spices up the gameplay, and makes solo Worms™ much more fun! The single‐player game isn’t only about dealing death and destruction, it’s also about negotiating tricky swinging rope bridges and rescuing friendlies from death defying traps! The player spends much more time playing, and much less time waiting for their A.I. opponent to take a shot.

Experience a new level of immersion with the full game playable in VR.

Repair a broken world through the beauty of dance

Developed exclusively for PlayStation®4 by Plastic, the team behind innovative titles like Linger In Shadows and Datura, Bound combines a unique visual style with a powerful story and gameplay mechanics infused with modern dance.

Bound transports you into a beautiful, fantastical world that exists in the mind of a woman revisiting the memories of her childhood. Use dance moves to traverse vast environments filled with platforming challenges. As the game progresses, the introspective story unfolds through powerful metaphor and imagery, adding emotional depth to the protagonist’s journey.

The coin-op classics, R-Type & R-Type II, are together on the PlayStation®Network! Fight through all 14 Bydo-infested stages in retro 2D graphics or shiny 3D graphics – and swap back and forth with the touch of a button ‘on-the-fly’. The new 3D graphics are accompanied by fully re-imagined arrangements of the timeless R-Type music tracks! The classic game-play remains untouched while the new Infinite game mode allows continuous progression from game start to final boss… the Bydo will not evade you this time! Both game modes can be played as single player or local multiplayer. Pull yourself together, save the earth and strike down the Evil Bydo Empire!!

Dungeon Punks is a fast paced Action RPG with a unique Tag-Team fighting system and Local Player vs. Player Brawl Mode. Adventure awaits whether you’re going solo, playing with friends, or beating each other to a pulp in one of the many battle arenas! Total mayhem is bound to break loose as you blast your enemies senseless with crazy magical spells and custom combo attacks.

Paris in the spring. Shots ring out from a gallery.

A robbery… a murder… and the beginning of another epic Broken Sword adventure.

From multi-award winning Revolution comes the latest mystery in this much loved adventure-puzzle series.

Playing as intrepid American George Stobbart and sassy French journalist Nico Collard, you find yourself on the trail of a stolen painting – and a murderous conspiracy. A conspiracy whose roots lie in mysteries older than the written word…

It is a very nice gesture that PlayStation Plus subscribers are actually getting some games for PSVR. In November, the mix of first-party and indie third-party games is making for a very eclectic but interesting list. Personally, I will finally try Bound and I’m very curious about Broken Sword 5. I’m happy with this selection. What do you think? Are you interested by trying some of those games? Let us know in the comments.